25-4-58 Derek William Dick. As songwriter and singer of Marillion he impressed a lot of people by his length and his charisma. 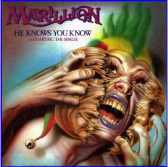 He painted his face, like Peter Gabriel did, as his start of his career and besides this painting Fish does know how he can play with the audience. Script for Jester Tear was Marillions debut-album and one of the best debut albums ever.
In '88 he left the band. An amazing cooperation with Tony Banks (Genesis) leads to the single Shortcut to Somewhere of the album Soundtracks ('86).Later he on he will work with Tony again (Still; '91).
Virgil in a wilderness of Mirrors ('90) is his first solo-effort, with:

The cd is strong and live he and his band are impressive, songs as I like to watch are really nice visualized. Internal Exile ('91) let us show that Fish can swim alone:

Songs from the Mirror ('93) is an album of covers from Fish his childhood. It is nice to hear for example Questions/ Moody Blues perfectly digital recorded instead of the old version of your elpee. Fearless of Pink Floyd is another track.
Funny Farm Project he made with Steve Howe. The next single Lady let it Lie is token from the album Suits ('94):

Ushi is an official release, but there coming out a lot of bootlegs: Derek Dick & his amazing electric Bear, The Reality of Surroundings etc.. Yin & Yan ('95) is a best of , The single Just good Friends is mixed and recorded again, this time with Sam Brown (who expecting a baby at that time and just finished her tour with Pink Floyd). 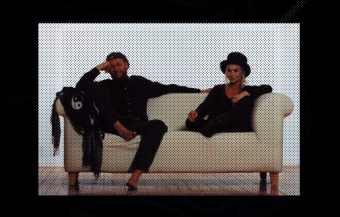 Live in Dortmund for the fond of War Child with Frank Usher and Robin Boult- guitar, Trick Dave Stewart- drum, U.Bemel- bass (from Glasgow) and keyboards Foster Patterson ('96). In '97 with Sunset on Empire, with a tour in the smaller theaters. Steve Wilson (Porcupine Tree) plays guitar en Mickey Simmonds plays again keyboards.
End '98 Kettle of Fish is in the stores, a collection of new and old songs with a cd-rom. Miles Copeland, manager of Sting, asked a few fellows to come to a castle in France, and write some songs; Fish@Haddington Convention.
Raingods with Zippo's ('99), must us do believe that Fish is in the big ocean again. Steve Wilson is responsible for a big piece of 25 minutes music, but our Fish is swimming in circles. Genesis was looking for a new singer, for me he was the guy. De cover The Faithhealer (The Sensational Alex Harvey Band) is one of my favorite tracks of this album:

Robin Boult takes a job at Marillion's Akronopolis tour. John Westly, a support act of Marrilion in the 90-ies, takes over in the aquarium of our gold-Fish. He made one solo-album too, a little ambient, new age with smoothly and fine guitar playing.
Fellini Days is his new album, isn't the strongest album of Fish.

On 11 may 2002 they gave a concert in Paradiso (Amsterdam): Fellini Night with John Young and John Wesley.

In the small Belgian town Vervies he did a nice, a really nice, gig (050601). About 300 fishy-fans had fun in The Spirit of 66. He told stories, talk with a bold John Bovie Fan and more. And as reprise we got "The Flower of Scottland" sung by Fish. His band was new, except the guitarist;

A new album is in progress and a double live ceedee recorded in Amsterdam: 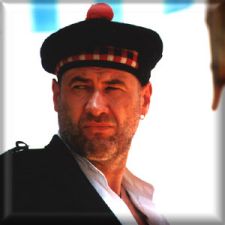 The Scott has found a second youth a new home and a new girlfriend. A dvd from a live set in Poland is out.
Field of Crows ('04) is his latest great neo progressive rock album.

Mark Wilkinson did again the cover-art; an impression of two of Van Goghs paintings, Wheat Field and Wheat Field With Crows.

DPRP Review of Field of Crows.

NightTown, Rotterdam 7th of May.

Fish had a gig in Belgium, just one small hour drive from my home, but no I had to see Odin Dragonfly too. So I went to Rotterdam, picked up my dear friend from the West; Thijs and we arrived at the NightTown.
Angela of Odin Dragonfly waiting at the door... how nice x.
Inside; "Arnold Layne" coming out of the speakers, meting the rest of the Mostly Autumn clan enjoying a beer and Fish's good taste of music, Yes ("Round-a-bout") the old, old, Genesis ("Get Them Out by Friday!"), Led Zepplin & some new songs; "On an Island"... the night started very good.

"Odin Dragonfly" did an excellent job as support act. Angela and Heather are a wonderful couple, lovely harmonies and good playing on acoustic guitar, flute and keyboard.

Fish... saw him often in the 80-ies, Saw him in "BosPop" (the Amfitheater '92), with a great show, lost contact, and again in the new century in the famous "Spirit of 66". And finally again in a venue he deserves NightTown.
He's still the showmaster with his charisma and his fantastic Scottish body.
The band arround him was Top, there was time for fooling but always concentrated and welcrafted.
Highlights? "Credo", I loved that song with the rolling bass of David Paton, Steve Vantsis did it excellent.
Of course I was very pleased with the whole "Misplaced Childhood" album and the encores; "Incommunicado", "Markett Square Heroes" & "Fugazzi".

Return to Childhood Live CD ('06).
To cellebrate the 20th anniversary of the release of Misplaced Childhood. A double live album with the whole Childhood album played live.

13th Star ('07).
Released after he splitt up with Heather Findlay apperently a dramatic period.
Chocolate Frog Record Company Limited.
The first 10,000 are a limited edition CD in a 3 panel digipak together with a bonus DVD of "The Making of 13th Star" (64 mins). The digipak is provided in a slipcase packaging with a spot-varnished Fish logo and a 20 page full colour booklet all featuring original artwork by Mark Wilkinson.


During writing stage:
Engineered by Steve Vantsis
Additional keyboard ideas on 'Circle Line' and 'Arc of the Curve' by Max Hunt
Recorded at The Studio, Haddington, East Lothian, Scotland
Mastered by Calum Malcolm.

A very personal album and a highlight again. Fish is singing about about his break up with Heather Findlay and about real life. Nice vibe and good rhythms all the way.
Recommended!

Try to catch him live. Dates you can find here.
In November he 'll touring with The Reasoning as support act (and other bands so now and then ;-).
A good reason to have a gret evening!

The Fish Convention 2009 will be held at Leamington Spa Assembly Rooms on the weekend of August 8th and 9th.
Confirmed band are the Reasoning & Mickey Simmonds, probably Chris Johnson (ex-Mostly Autumn) will come along too. Session for:

Eloy (live in Fish's homeland),
Peter Hammill (The Fall of the House of Usher '89),
Tony Banks (Soundtracks; '86, Still '91),
Jeff Wayne (Spartacus; '97)
SAS-band (a Queen tribute),
Ayreon; Into the electric Castle; '98 (Arjan is a dutch symfo-wizzard and he likes The Wall and wants David to do play guitar on his new project...),

Tilt/ a project of Steve Vantis.
The nucleus of the band consists of Steve Vantsis, Dave Stewart and Robin Boult (all from Fish). On this first release, Tilt are joined by guitarists John Wesley (Porcupine Tree and ex-Fish) and Frank Usher (Fish). On keyboards and string arrangements, Irvin Duguid (Gun, Stiltskin) and singers Paul Dourley, Holly Tomas and Kaela Rowan.

The music on `Million Dollar Wound' was written, arranged and produced by Steve Vantsis. This is his first project since writing and arranging music on `13th Star', the highly acclaimed latest album from ex-Marillion frontman `Fish'.
Free Download NO SUPERMAN now available at :


www.milliondollarwound.co.uk.
Please check them out; it Rocks!

Robin Boult: played with Marillion once, (when Steve was on honeymoon), Howard Jones ('98) and released a solo album called Present ('02). 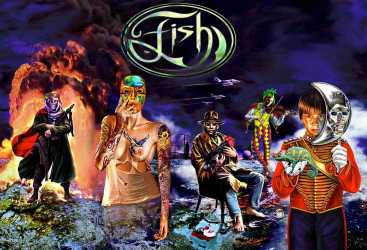