Interview by Olga from www.progressor.net/.

12-2-50, London. Guitar and vocals. He likes Bach, Tjaikovski and Lennon/ McCatrney, so it isn't strange his style is diverse.
Steve Hackett's earliest experience in playing professionally came with groups named Canterbury Glass and Sarabande, doing mainstream rock with a progressive/psychedelic edge. Steve is best known as the guitarist with Genesis during their best years as both a progressive and a commercial band: 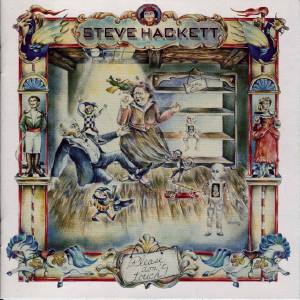 Genesis Live,
Selling England By the Pound,
The Lamb Lies Down on Broadway,
Trick of The Trail (after the departure of Peter Gabriel),
Wind and Wuthering
and of course the live masterpiece Seconds Out.

His arrival in the group's lineup at the start of 1971, replacing original guitarist Anthony Phillips, provided the group with the last ingredient that it needed for success. In the years since, while Phil Collins may have enjoyed pop/rock stardom and an acting career and his other band mates their periodic successes, Hackett has come the farthest as a star performer and composer in his own right. He left Genesis in '76.
His first solo-work is called; Voyage of the Acrolite ('75), featuring Phillip Collins and Michael Rutherford in its lineup of musicians. Please don't touch ('78) is a nice album.

Albums that follow are Till we have Faces (with Ian Mosly on drums), Spectral Mornings, Defector - a fascinating musical/political fantasy - and the more easy-going, pop-oriented Cured ('81). Kim sometimes write the lyrics and his Nick Magnus plays keyboards and take care of producing the albums with Steve. Magnus played before in Autumn, a progressive band in the style of the early Genesis.
He also reunited with Peter Gabriel and Michael Rutherford and then with all of his ex-bandmates for a pair of 1982 charity concerts. The following year, he enjoyed a very successful European single in the guise of "Cell 151" off of the Highly Strung (with Chris Lawrence) LP. Higly Strung ('83) is in deep contrast with the acoustic Bay of Kings and to let us show his diversity. 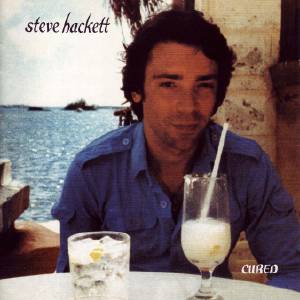 He made a blues album with;

Followed by a live- and another acoustic (with Julian Colbeck) and a best of.
When David Palmer (ex- Jethro Tull) starts with a symphonic release of the best of Jethro Tull, Steve is been asked to play guitar on Genesis and Pink Floyd- albums. In the meantime he is busy in GTR with Steve Howe. 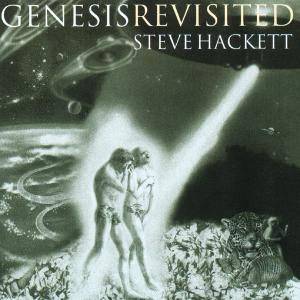 Genesis Revisited ('97) is a best of Genesis with:

Somewhere In South America ('03 one DVD and two cd's!).
The album was recorded in Buenos Aires, Argentina in early 2002 with:

Musically the whole double album is a trip throughout the whole of Hackett's solo career with references made to his Genesis past. To Watch The Storms is the tittle of his new album, released end May, with;

A very diverse album; from Eric Satie to blues, with old songs in his early period (great), beautiful ballads and more (semi)-acoustic songs.
A nice special edition with wonderful paintings by Kim Poor!

And who can't get enough; some new live albums are available.

At Prog-Nose you can find a review and beautiful pictures of this gig.

As always Francis announced the band and believe me when he says "No Flashy Light, when else I'll flashy you.". There's nobody in The Spirit who dares to use a flashlight. So no pictures this time...

A wonderful evening, the gig started very powerful with Valley of Kings, followed up by Mechanical Bride, hypnotizing black light / strobe flashing, the band already in ecstasy with a mix of powerrock and jazz-fusion en Steve's own staccato sound. 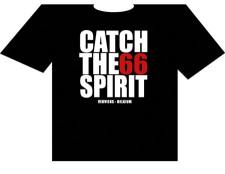 The next songs were not so heavy, time to relax and enjoy the wonderful skills of this band. They seemed to be in a good mood and there was enough interaction between them.
Steve was not feeling well but nevertheless he was in a very good shape, as always (?). He told, stories, about the making of the album Wind & Wuthering and how Phil became the new lead singer but still was responsible of the 'Batteria", just like Gary gonna do now...; Blood on the Rooftops, and Gary received an overwelming applause for that!
Steve's speaks his languages, even i could understand his French (normally i don't understand a word of it). 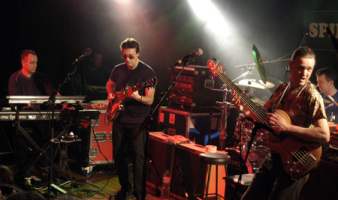 Fly on the Windshield was very impressive and then; Firth of Fifth, beautiful. I think i'll never hear this song so beautiful again. Steve's famous solo was impeccably performed and the crowd were very pleased.
The set was one of musical contrast, heavy cords, Spanish style acoustic guitar music, ballads, horror-music (DarkTown) and the all time best classics of Spectral Mornings and Genesis.
Every Day was another highlight, just like the last three songs... excellent!.
Did I mentioned that all the 5 musicians were GREAT? Now i did for sure... And now i forgot the sound-engineer, he did a marvelous job too.

Steve,
hope you could rescue your throat and hope you're feeling better.


The dvd a gig in Poland is called Once Above a Time and could be one of nicest x-mas gifts to your friends.
A wonderful dvd with an breathtaking gig with all his classics comming along.

He'll be do some touring in an acoustic set with his brother John on flute and Roger King on keyboards. There'll be a gig in the Grand Theatre Verviers (13.03.2005)!
More dates you can find here.

Metamorpheus new album March 2005.
Metamorpheus is the natural successor to Steve's last orchestral album, A Midsummer Nights Dream. The album is a musical expression of the legend of Orpheus and his passage through the Underworld, combining nylon guitar with orchestra, seamlessly linking the small and large musical forces.

Wild Orchids, the new album by the former Genesis guitarist, marks the 250th release on the InsideOut label in early September. Steve Hackett himself presents - after the highly acclaimed rock record "To Watch The Storms" and the "classic" successor "Metamorpheus" - with "Wild Orchids" a work which in a certain sense creates a synthesis of the afore mentioned two albums.

Wild Orchid is a beauty, truly inspiring and just like an orchid you will be amazed of the beautiness.

Tribute ('08).
'Tribute is a continuing expression of Steves fascination with the classical guitar and a homage to the composers and performers who have inspired him, in particular Andrés Segovia.

Spectral Mornings ('DVD '10)
The band performed a shortened set for the television cameras and it has been mastered in the NTSC format in order that American and Japanese fans may also now enjoy this historical performance.

This DVD was originally available as a VHS tape and briefly as a DVD.As an added bonus we have included tracks filmed at the same time as this performance but for some reason these tracks were not included in the broadcast. These tracks have now been included and the set now represents the actual running order of the complete performance.

Beyond The Shrouded Horizon (2011).
Its a voyage of discovery, from Blighty to coconut palms, from coracles to spaceships, travelling beyond the known and the hidden to places where waves break on the shores of imagination
My album might be recorded, but frenzied activity continues as we complete the Live DVD from the Shepherds Bush show in London last year  a powerful gig that included special guests Steven Wilson and John Wetton. 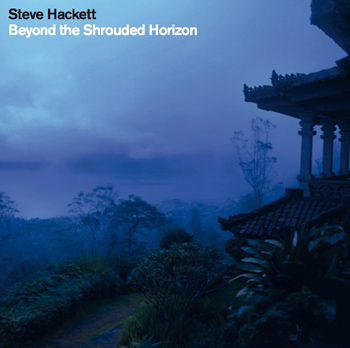 Fire And Ice captures the whole concert @ Shepherds Bush Empire with the “Around the World in Eighty Trains” tour. While snow fell outside in a London blizzard, within the atmosphere was burning. The band on fine form and hot to trot was joined by special guests Steven Wilson and John Wetton. 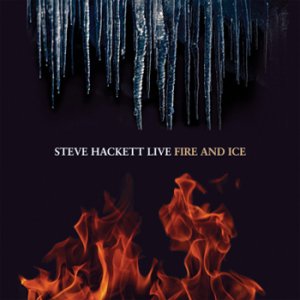 All orders placed on or before the release date will also receive the MP3 album “Fire And Ice – The Soundtrack” FREE for immediate download!

With: Roger King, Jeremy Stacey and Amanda Lehmann.
And it became a nice smooth wonderfull album, a bit laid back, with some nice guitar work.
Recommended! 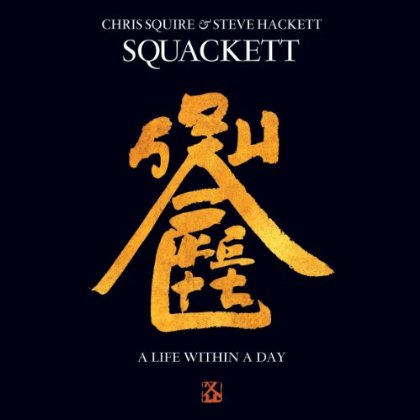 Some of the most important names of the progressive rock scene and friends comment and celebrate in adventurous and peculiar sound and music the greatness and the beauty of Rome on the 2765th anniversary of its foundation.
Conceived and produced by Vincenzo Ricca 2012.
www.facebook.com/pages/The-Rome-ProGject/
A interview you'll find here; interview August 2001.

Symfo-Index.
Suggestions, comments, something to ask?

Just a few simple questions and space for comments.
Please be so free and sign my guest book.
Updated 1-10-2012 by Nick.
Shine On!
www.mostlypink.net