The pretensions of the group seems to compete with the extensive of the continent Asia. Asia ('82) and Alpha ('83) are the first two albums from this super joined-venture and probably the most interesting two: 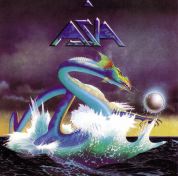 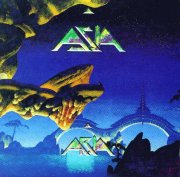 Asiaworld reports that the live Asia release called Quadra ('02) does not have the support of either Geoff Downes or most of the original lineup of Asia.

The Silent Nation tour 2005 brings the boys to Europe and not to Asia. The line-upp is the same as from the studio album ('04).

Without the covers of Roger Dean it becomes very boring...

Summer 2006.
25 Aniversery of Asia with: Wetton, Howe, Downes & Palmer on tour and they will record a cd and probably a DVD!


Phoenix ('08)
With Hugh McDonnald on cello, and Geoff, Steve, Carl and John.

And again 2 live albums, one from the USA and one recorded in Japan.

John Payne collected a few friends and started to tour too; Asia featuring John Payne.
Yeah live can be complicated.

Were very pleased with, and confident about, XXX, says John Wetton. It encapsulates, lyrically and instrumentally, the essence of the band today. However, it is the very same four people that gave you the original, iconic album 30 years ago. If you loved it then, you will love it now. Says Asias guitarist, Steve Howe; We wanted to recapture the energy of the first album, ASIA has always been about great songs, fantastic musicianship and I am sure fans of the first album, will fall in love with XXX. Wow, that sounds promissing! Tomorrow The World is the smashing opening track followed by the blistering Bury Me In Willow and No Religion. Two tracks with sing along chorus and magnificent keyboard-arrangements from Geoff Downes. The man deserves a Pulitzer prize for such an insight! Its ballad time with Faithfull. A confessional song that demands a lot of John Wettons voice capabilities. In the studio it works out well, but lets hope he refuses to perform it live! Geoff strikes again with a great staccato arrangement in I Know How You Feel. Face On The Bridge is used as a promo-single for the album. Carl Palmer strikes with rolling drums (like he always does) on this uptempo smasher. Its also one of the few tracks were Steve Howes guitar playing is completely at the forefront. On XXX we hear less Steve in full flight then ever before. Al Gatto Nero is the only stinker on the album. Asia shouldnt do songs with a silly question-and answering-game about an aged man who wants to party in Mediterranean locations. Get home, paps! Sing along time again with Judas (with a though Steve Howe opening riff) that finally leads us to the grandiose closing track Ghost Of A Chance. It kicks off as a ballad but culminates in a grandiose finale with a breathtaking string arrangement strengthened by a wall of keyboards and a thrilling Howe-solo. It must be said that XXX surely approaches the allegations. The album is very well crafted with catchy rockers, beautiful ballads in a sophisticated production from Mike Paxman. A certain kind of hegemony is reflected in the music. XXX is an overwhelming album and the best so far since the rëunion of the classic line up in 2007. The special edition contains two bonus tracks and a DVD featuring music videos and behind the scenes footage.

A new solo album Shadows & Reflections is on it's way (scheduled for April 22nd 2003) and this is what he had to say about it:
(...) it consists of only two extended tracks, and they can best be described as 'ambient' in terms of feel. For those of you who may have been disappointed with the shorter tracks of World Service a few years back, I think you will find that this one more satisfying, as the musical ideas as much more developed. As Geoff describes in his liner notes, it is "along the lines of a 'stream of consciousness' sentiment".

The Collection should be out on May 27th.

Do Ya Wanna Play, Carl ('91), is an double disc with the best of Carl, from Asia till Atomic Rooster and rare live recordings with Mike Oldfield and others.
And he released another album called Working live ('02).