Together with friend Eric Woolfson, a Scot born in Glasgow in 1945, they worked as a filmcomposers, they write a script, search the right people for the job and start with recording. The most people are from groups were Alan worked with; Pilot, Cockney Rebel and Ambrosia.

Andruw Powell takes care of the orchestration. He worked with John Miles (Music), Ambrosia, Cockney Rebel, Kate Bush, Chris de Burgh and many others. He wrtote the music for the film Ladyhawk.

Vocals on the albums;

Gary Brooker (Stereotemy '84 and live once),

And of course their self and their wives; Smokey, Hazel and Jane.

Tales of Mystery And Imagination

('76). A great Album about the stories of writer poet Edgar Allan Poe.

('77, coverdesign Hypnosic). Verry strong album, on side two a Pink Floyd atmosphere.
The story of the rise of the machine and the decline of man,
which paradoxically coincided with the discovery of the wheel...
and a warning that his brief dominance of this planet
will probably end,
because man tried to create robot in his own image.

('79, Hypgnosic) the concept was to make album with all female vocalist;

The Turn of a friendly Card

('80, coverdesign of Lol Creme & Kevin Godley) and Eye in the Sky ('82 the project scores a few single-successes.

Andrew Powell and the Philharmonic recorded in the meantime a Best Off ('84).

La Sagrada Familia (on Gaudie, '86) vocals by John Miles is another masterpiece. David Paton is replaced by the brother of Richard;

Woolfson and Parsons getting different interests; Woolfson wants to perform in the theatres; Freudiana ('90) is a concept about Sigmund and the last effort of them both. Woolfons wrote the biggest and best numbers.

After a few try outs on The Night of Proms in Antwerpen the Project is going on the road;

Of course the whole show is recorded on Live ('94), Studio-recording could be another possible name for that album; it sounds magnificent. A year later ('95) there is a new live-tour with Peter Beckett (instead of Howard) and Felix Kirsh -bass.

. Elliot & Bairnson are responsible for the most songs (happily)(with cd-rom), with:

In '97 plays the band together with Yes in North America:

In Munchen the band gives a few concerts, together with Jack Bruce and Ringo Starr; so the circle is round again; Alan did start his highly successful carrier in the Abbey-road studios with the Beatles. The line-up including contributions of Jack Bruce and Ringo was; Tony Hadley (vocals, from Spandau Ballet), Neil Lockwood (vocals), Tim Renwick (guitar), Dick Nolan (bass), John Beck (keyboards), Stuart Elliott (drums).

In 2001 he's on the road again with; They play own songs and some covers from the Abbey Road Studio, where it all began.

In Japan he will do some concerts with:

Alan Parsons has begun work on the new album (end 2002). This will be the first record without his long-time bandmates Ian Bairnson, and Stuart Elliott. The new album will be take Alan in a new direction and into world of electronica.
The album is still in its very early stages but Simon Posford of the electronica band Shpongle has already helped on a track or two. 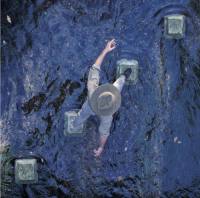 The new Alan Parsons album A Valid Path is released in August 2004.

This is the first record without his long-time bandmates Ian Bairnson, and Stuart Elliott. The new album will be take Alan in a new direction and into world of electronica.

Artists appearing on this record include:

The cover artwork for "A Valid Path" was created by Storm Thorgerson.

The album starts very impressive with "Return To Tunguska" with David Gilmour doing his job as we want, an absolutely marvelous solo, on an impressive layer of Eastern influenced "logic Programming and sequencing" by Simon Posford (Shpongle).
Mammagamma 04 is full of spacey instrumental electronica, but the original got my favour. We Play The Game, with The Crystal Method has a link to Richard Wrights broken China and the next song Tijuaniac is a more slower instrumental song. L'Arc En Ciel has an intro with an echo from Pink Floyd's soundscapes and alan Parsons fascination for perfect sounds, then kicking of with Tangering Dreams electronica, nice riff and guitar solo!
From Jeremy's version of The Raven I did expect more, a bit flat. I think the original will be the best version ever, with that great guitar solo of Ian Bairnson. Do you remember when you heard that song for the first time? That was just such as a moment when Neil Amstrong set his first step on the moon, you'll never forget.
You Can Run with Ambrosia's David Pack brings us back in trance remixes, nice but David Pack can play guitar and this is what i miss in this song. Chomolungma is a good song to end with this electronic dance scene-bases cd, referring to Faithless, Orzic and Ashra Temple. Not all the songs are my thing, but i prefer this as another "Time Machine" album.
With this album the former Beatles and Pink Floyd engineer can sit back, give his studio to his children and close his succesfull career.
Well done.

After many years of touring with our mostly New York-based band, for many reasons, I felt the need for a change. On a purely practical level, there were scheduling conflicts for our 2010 touring plans with some of the existing band personnel and my wish to rehearse new material at home in California. So for this tour I  decided to make a few changes to the band line up and came up with a new set list. Some material has never been performed live before.  The decision to include The Turn Of A Friendly Card came from you - the fans - just as you had suggested that it should be included on the Essential Collection CD compilation. It has been going down a storm. All Our Yesterdays is the song recorded specially for The Art And Science Of Sound project. It will be released online as a single soon and is included in the current live set.

I will always be grateful to the talented band musicians who have over the past years contributed to the success of our shows. In particular, I would like to give a special mention to Godfrey Townsend, Steve Murphy and John Montaga.

This is the first time we have ever performed in Israel, The Czech Republic, and Slovakia .

P.J. Olsson and Manny Focarazzo remained on board with the band for this tour.

New band members on this tour are:

Drums  - Danny Thompson
Bass - Guy Erez
Alastair Greene  - who some of you may have already seen at shows in the USA .

Our first show in Tel Aviv was a triumph, though I say it myself.  We were thrilled when the entire audience sang along with us to TheTurn Of a Friendly Card - we were almost drowned out.

I am currently working on the post-production and final touches for my documentary video project, The Art And Science Of Sound Recording. After two years of hard work, we are almost there and I am grateful for everyone's patience while we get it completed. Much of the program is already available online for download and video streaming at  www.artandscienceofsound. com . We hope to release the 3-DVD set in April.  If you pre-order the DVD, you get the currently available downloads for free!

P.S. For an interesting read check out a blog entry about Alan's early days at the 'Coffin Club'.

A recent interview (April '10) from my friends at Prog-Nose.

ALAN PARSONS & DAVID PACK (Ambrosia) in concert. The Four Events in one special is to be held on
For more information visit the Alan Parsons website. 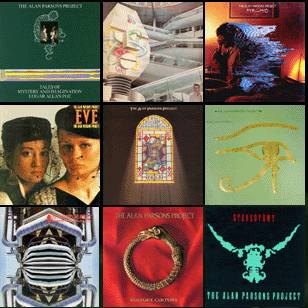 After three years spent creating his new instructional 3-DVD series, "The Art and Science of Sound Recording" (http://www.artandscienceofsound.com), to glowing reviews, Parsons is now working on his first major artist production since the mid-80s. 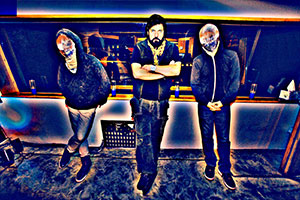 "I feel that the public deserves some genuinely innovative music and It's been a long time since I've heard some that truly excites me -- it made me want to get back into the studio and do another 'Dark Side'," Parsons jokingly refers to one of the biggest selling and most popular albums in history. Alan Parsons.

The identity of SubClones is presently a closely-guarded secret, but they are rumored to be known as well-respected, highly experienced and remarkably talented musicians. The dictionary definition of "subclone" is a clone or descendent of a mutant occurring in a previous clone. Parsons has been working non-stop in the music business since his teens. He started at Abbey Road studios working as an assistant engineer, was soon promoted to first engineer, and then quickly gained major success as a producer, as well. His career went full circle in 1998, when he spent a period as Vice President at Abbey Road. Since then, he has been recording his solo records and successfully performing in sold-out international tours. With the formation of SubClones he is once again back in the studio as producer. To listen to SubClones, visit: www.subclones.com/.

Glasgow-born songwriter and musician Eric Woolfson, one of the key figures in The Alan Parsons Project, has died.
He recorded a string of albums with record producer Alan Parsons, as well as writing his own musicals and writing and producing songs for other artists.
Woolfson, 64, had been battling cancer and died in London on Tuesday night, his friend Deborah Owen said.[


jeemie he and Alan Parsons were my 2 first musical heroes, i was deeply impressed by The Tales, I Robot, Pyramids, The Turn....

My condolances to his family and friends.

Partner of Alan Parsons in the The Alan Parsons Project. In the late 80-ies they went both a different way. Freudiana ('90) was their latest team-effort, mainly written by Eric.

After this Eric did some theatre productions, mainly in Germany and Austria. Gambler & Gaudie where two productions.

Now, july 2003, he presents his first new concept album in thirteen years.
"My fascination with the world of Edgar Allan Poe (1809-1849) began more than thirty years ago. It led to the creation of the Alan Parsons Project and the first album Tales Of Mystery And Imagination  Edgar Allan Poe in 1976. At that time, I already had in mind a volume two of Tales, but a change of record labels took the APP in other directions."
Poe- more Tales of Mystery and imagination

Nice album, impressive sound with good vocalist.
The album is performed live once in the Abbey Road studio's, there're plans for a Musical.

A nice perfect sounding album, and yes you can hear that this man was an important guy behind the scenes of the Alan Parsons Project. A kind of "best of Alan Parsons Project" of songs that never saw the daylight.
Eric is gifted with a beautiful vocals a songwriters talents.
So if you liked the APP, buy this album, you'll not be dissapointed.
Beside some guitars licks of Ian Bairnsons i don't know who is playing on this album. On one song Eric mentioned Ian, Mr.Cottle and David Paton, that's it. Please help me !
More info at www.the-alan-parsons-project-that-never-was.com/.