Symfo-band with, certainly in their start, with a layer metal from L.A. With great success in Japan.

Jacek Yerka is a Polish artist who's responsible for the artwork.

On Secrets Of Astrology there's Arjan Lucassen guest ('00) with bassist Tony Franklin (The Firm & Blue Murder) and smashing drumming of Ed Warby (Gorefest).
The Ballad Collection ('00) is a collection of ballads and covers of for example The NetherLands/ Daniel Fogelberg, Yellow Brick Road/ Elton John & Bernie Taupin and Seasons End/ Marrilion. This is album for me, not so heavy...

There are two new cover albums in the pipeline, release dat before St.Nicolas day 2006:
Gemini and Hommage Symphonique will be released on November 23, 2006 on the Avalon label in Japan and then on January 30, 2007 on Think Tank Media / ProgRock Records with advance sales starting in December 2006.


www.myspace.com/eriknorlanderandlanalane.
SESSION / SOLO: Lana Lane is from L.A. but she can talk a little Dutch, so it isn't strange that she came in contact with Arjan Lucassen (a Dutch symfo-wizard known as Ayreon). The Dark Side Of The Moon is one of her favourite albums.
Vocals on Once And Future King ('03) a Rock Opera written by Gary Hughes.
The The Roswell Six ('09).
Erik Norlander (yes he looks how is lastname suggested) and Lane are guest on a project of Arjan Lucassen called Ambeon (2001).
His favourites are; 1. Electric Light Orchestra "Time", 2. Rush "Moving Pictures", 3. The Alan Parsons Project "I Robot", 4. Pink Floyd "Wish You Were Here", 5. Blue Oyster Cult "Secret Treaties", 6. UK "Danger Money", 7. Ayreon "Actual Fantasy", 8. Yes "Drama", 9. Emerson, Lake & Palmer "Brain Salad Surgery", 10. Supertramp "Crime of the Century".

One of his latest effort is called Music Machine ('03). With:


Norlander, Schiff, McCrite and Amato are playing in Rocket Scientist (fe Brutal Architecture Life ('97) with Lana Lane and Earth below and Sky Above). See a few line below for more info. Niel Citron (Guitar Dreams '98) and Amato did some solo-work too. 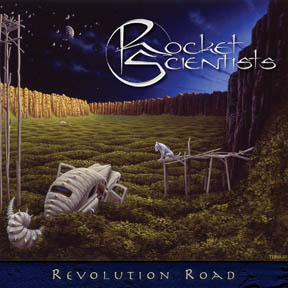 The Rocket Scientist.
A side project of Norlander, Schiff, McCrite and Amato. It was formed in the late 1980s by keyboardist Erik Norlander and vocalist / guitarist Mark McCrite. The two released their first CD, "Earthbound", in 1993 joined by then - session bassist Don Schiff. Schiff quickly became a part of the band for their second release in 1995, "Brutal Architecture", and the three toured in the US and Europe in 1997 along with drummer Tommy Amato culminating in the live CD, "Earth Below and Sky Above: Live in Europe and America". In 1999, Rocket Scientists released "Oblivion Days", raising the bar on already high expectations. At the turn of the century, Norlander, Schiff and McCrite all worked on solo projects in addition to backing symphonic rock vocal icon, Lana Lane on several tours around the world. The band's fourth studio double album and latest effort, Revolution Road, is a bold statement from these accomplished artists.


Revolution Road is an anmazing good album, with some excelent prog and here and there some more rocking songs. To my humble opinion an album with more power and more positive impact as the latest Spock's Beard album.