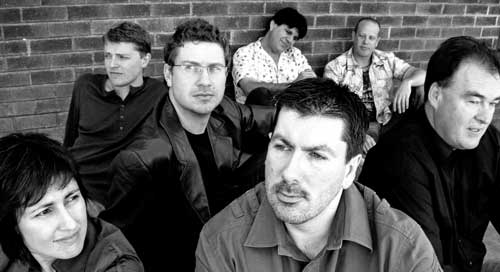 UNITOPIA - (yu-nih-to-pi-E): meaning living together as one in a place of ideal perfection especially in law, government and social conditions.
Our music is dedicated to a hurting world and we truly believe that world peace and the love of all mankind are attainable goals.

Unitopia are one of Australia's most exciting progressive rock acts. Based in Adelaide, South Australia they released their debut CD More Than a Dream in 2005 to critical acclaim. 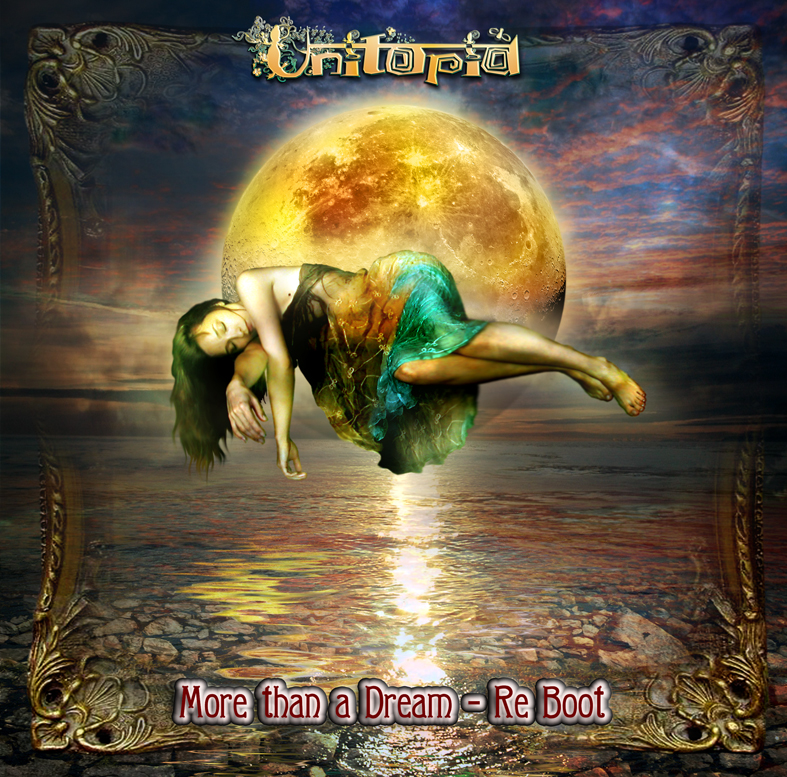 Their follow-up CD The Garden was released by InsideOut Music and has been touted as one of the best progressive rock releases of 2008. 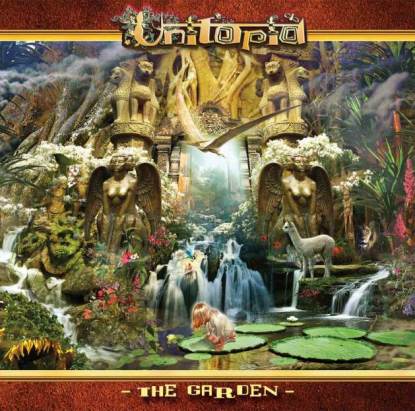 
The Garden is a double album with a variety of songs, it's absolute prog, but also some toch from rock like Toto and some Peter Gabrielesque tunes. And the brittish prog-songwriter Guy Manning came up in my mind.
So proggy tunes with sometimes a jazzy underlayment and doors that let some pop come inside.
Very enjoyable and exciting.
Think we'll hear more form this band from Adelaide {(please say hi to my auntie ;-)}.


This first and special Edition of Artifical will feature a 20 pages booklet plus three bonus tracks and we are pleased to announce those attending RoSfest 2010 will be able to purchase this special Edition directly from the stand on May 1st.
Ed Unitsky is signing on once again to do the magnificent artwork for the album. Ed is known for his complex and captivating Surrealistic Images that expand the mind creating an imaginary place where one can journey into the fantastic realms of the imagination.

Peter, our regular sax player cannot be with us on tour and there was no way we were performing without one, so we had to look for just the right person to fill his shoes. After a lot of searching, Unitopia is proud to announce our very special guest sax player for the tour, Ian Ritchie.

Ians main activities are composing for TV programs and commercials and gigging as a saxophonist with a variety of bands. On the playing front he has completed a world tour with Pink Floyds Roger Waters, performing Dark Side Of The Moon and other Floyd favourites from 2006 to 2008. You can read more about Ian at his page. 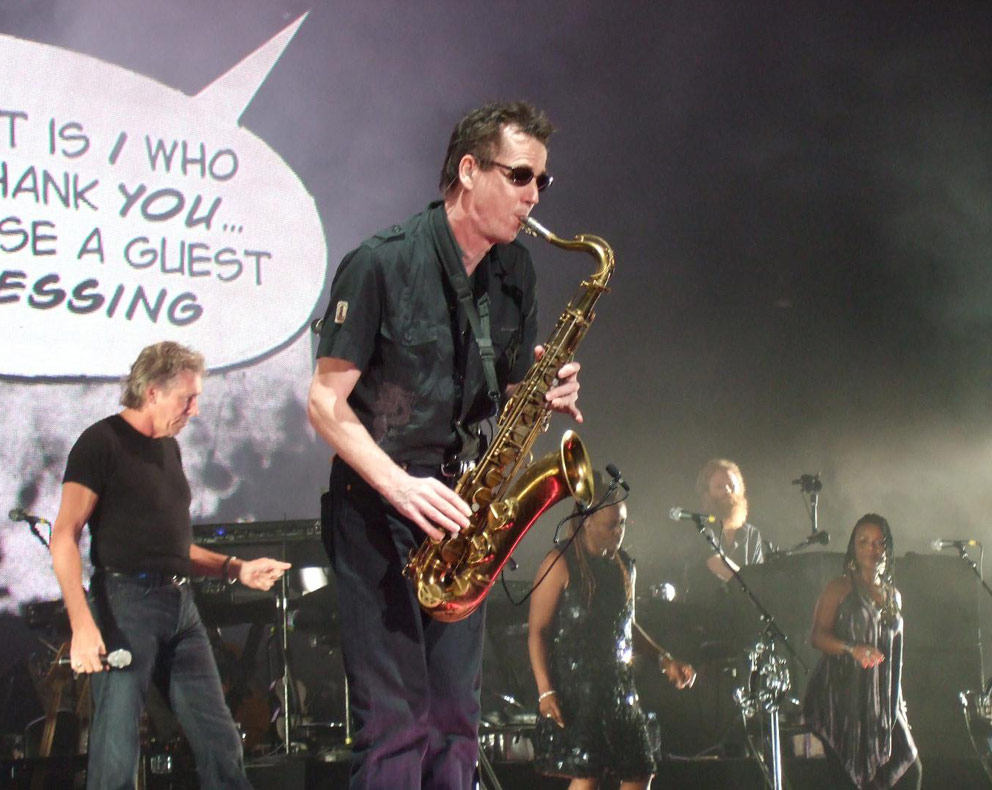 ' Interviews:
An interview of my friends of DPRP you can find at this spot.
And this is an interview at the great BackgroundMagazine.


They've made some new videos aswell; "Gone in a Blink of an Eye" & "Iside the Power". Both videos are sublime and i wonder how long it takes that MTV's catch this ones.
See the list here on the right:


Video @ YouTube
Gone in a Blink of an Eye NEW!
Inside the Power
Here I'm
This Life
We got it right
The making of

Unitopia will do a special version of a Flower Kings track for new Box Set which will consists of 30 other progressive rock bands from around the world. More news to come. For now, enjoy the album cover!

March 2010
We are pleased and proud to announce our contribution to Melodic Revolution Records "Songs For Haiti - Relief Through Music's project. "Still Here" from More than a dream album is now available throught this project.
Riversea is one of the other contributors.
Songs For Haiti.

Beside of the plans to release a cover album, see for info above, the band is busy with re-releasing their debut album More then a Dream. 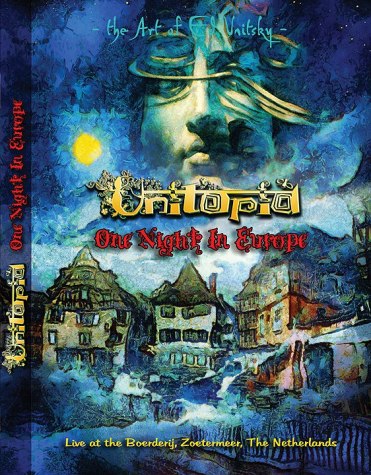 **Pre sale time offer: Get a free download of one of "More than a dream
-A dream within a dream" new track version**

The next Unitopia project is under the name THE HOPE which will be produced by Stephen Layton, Sean Timms, Matt Williams and directed by Mark Trueack It will be a double album and will feature artists from all over the globe, each song will be aligned to a sponsor and a charity Recording is well on the way, as Jon Anderson teamed up with Mark Trueack on song called Water this piece focuses on the issues that the world has in reference to water harvesting. The Inetersting thing about mixing Trueacks and Andersons voice is how they complement each other. This album will be ready for sale Feb 2013

The Next full on UNITOPIA album is called Turn Left this album will start early January and will possibly be a double CD.

Well thats about it for now,
Cheers
Mark Trueack.

Mark Trueack
Mark Trueack's mission Statment - The Hope / Balanced Time (A collection of songs that can change the World) Mark has started a concept project with his production team Sean Timms and Mathew Williams and are currently in production on the Hope, a 15 song masterpiece of new art music. The Hope is an innovative music experience blending the talents of artists from around the world to contribute elegant and elaborate music to the cause of hope. It will be as Mark states, The world playing as one. The current song list includes songs which explore the meaning of hope as well as where we can find hope in a world torn by economic, political, and ecological strife. The tentative release date for the project is November 2011.

Tim Irrgang
Here is Tim's Groups/bands/people he plays with.... Sirca, Unitopia, Solartricity, Adelaide Symphony Orchestra, Billy Hydes Raiders Drum Corp, Luke Thompson/Paul Whitney Trio, Fig Jam, Rataque, The Rhythm Works, Soultana, Taylor Made, Australian Girls Choir, Alex Frost, and other freelance stuff. Highlight.....Quidam, Cirque Du Soleil (Adelaide) and South Africa.
Sirca is an original 7 piece band from Adelaide.
The current line up began early 2007 and has been performing regularly since. Sirca have gained much popularity and respect within the local musical community.
Their lineup includes vocals, acoustic guitar, bass, sax, violin, drums and percussion. With a mix of different styles and sounds, they tread genres of alternative, funk, fusion, folk, and acoustic rock.
With a strong percussion feel, Sirca ventures into the 'world' category, and include odd times, and changes to their original compositions which adds to their unique sound.
Sirca just released an album simply called "Sirca" and plan to spread their sound even more by continuing to write, and perform both locally, and nationally.
The album will be available through itunes and cdbaby soon.

M.A.S.T. is Mark Arezio (Vocals, Guitars, songwriting) and Sean Timms (Keyboards, backing vocals, songwriting, production)
After completing the 2nd Unitopia CD 'The Garden' and a compilation of his classical film music 'The Gargoyle and Other Stories', Sean wanted to professionally spread his wings and collaborate with other musicians. Having worked with Mark in the past and being an admirer of his vocal, guitar and song writing skills, he asked him if he would be interested in a side project. The answer was yes and so began M.A.S.T.-the name taken from the initials of each of their names.
No release date expected yet.