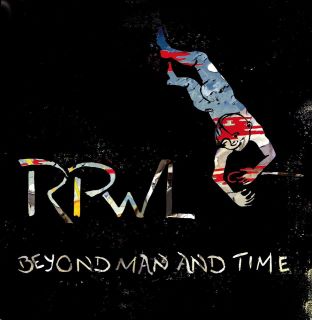 Oct 2012:
Please check out their November tour dates for the last Dutch and German shows.

NEWS FEB 2012:
The limited edition of "Beyond Man And Time" is sold out!!! Keep in mind: this is not another needless fantasy story to forget about your sorrows, it is a plea for original thinking to overcome the deadlock of the spirit in our modern world! A gift, for all and none.


The first concept album by Germany's art rock giants will see the daylight early March.
There will be a limited bonus edition of 2.000 pieces that includes an audiobook.
Beyound Man and Time is a musical journey through the world outside of Platon's cave. "The Great goal is to open eyes, look futher, see more, and see differently. Words that everybody approves of are not going to lead to progress. We call that "dreadlock of the spirit". Too many approaches of our time disapear in the void of equal - the conformist.
This piece does not want to be conformist - actuelly, the exact opposite. It's a plea for original thinking, for dissent, for liberation.
A plas
No poetry
No science"
Yogi Lang.

December 2011:
Kalle:
At this point, I also want to present you the title of the album: BEYOND MAN AND TIME. It is indeed a real concept album with a continous story  different to WORLD THROUGH MY EYES or THE RPWL EXPERIENCE, that only had a common theme. But I dont want to reveal more about the story at this point. Im very much looking forward to the upcoming tour through Europe, which is going to start in mid-April and which will lead us through half Europe. I hope that youre also excited about the new RPWL Album BEYOND MAN AND TIME, and that well at least meet again on tour!!
Kalle Wallner 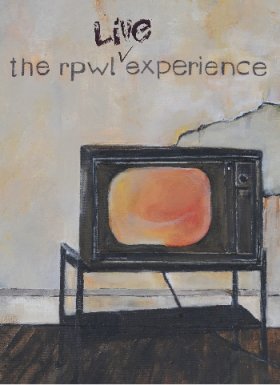 RPWL: As announced in February, Metal Mind Productions will release the first DVD of German masters of ambitious rock - RPWL!

The RPWL Live Experience features an impressive performance, filmed in mid February at the Wyspiański Theatre in Katowice, where RPWL played as the headliner on the second day of the ProgRock festival. The band's music definitely has its own style  modern, yet also drawing from the best traditions of the prog-rock genre. All in all - brilliant compositions, catchy melodies, mature and intriguing sound! The set-list included RPWLs greatest hits such as Hole In The Sky, Breathe In, Breathe Out, Three Lights, Trying To Kiss The Sun or Roses.

So for all the Dutch fans an interview of
3 voor 12, Michiel Scheijen,
Io-Pages you can find here &
Part II
Thanks to Io-Pages.

German band started as a Pink Floyd cover band. Violet District was recorded before they started as RPWL. Clearly influenced by Yes, Genesis, Steve Hackett, Pink Floyd and by them self. Nice harmonies, gilmouresque guitar-work, psychedelic keyboards and moog synthesizers accompanied by bass and drums. The booklets of their ceedees are really professional and of course their music too.

Live they set down an excellent gig, with projections, great musician expertise and a lot of fun.

God Has Failed ('00) is a really great album (in the mood of Wish You Where Here):

In the meantime they did a lot of concerts with sometimes a cover of Pink FLoyd, Cymbaline, Welcome To The Machine, Dogs and floydian intermezzo's referring to Ummagumma, Atom Heart Mother and sometimes a link to Sorrow.
One of the highlights, i sadly missed, seemed to be a double concert with Mostly Autumn in the Netherlands, another great promising band. 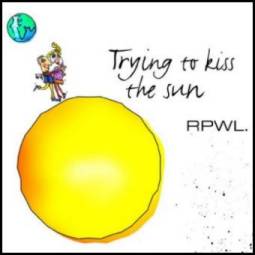 Listen to "I don't know (what it's like)" and it will bring a big smile on your face. It sounds like "I don't know (what i like in your Wardrobe)" of the good old Genesis, but then totally different. The title track is strong and if you not convinced by that; listen to Home Again.
The Floydian influence is still present also elements of Camel (and Colin Bass), Porcupine Tree and even Mostly Autumn i would say.

gREAT ALBUM: tRYING TO KISS THE sUN
Try one of these albums and you'll run to the store again to buy the other too. ;-)

A promo ceedee called Trying To Kiss the Sun Tour ('02) was made and is sold out ;-(
Including the song Cymbaline.

Stock is a "new" album with a wonderful cover of Syd Barretts Opel. Including a dvd with some additional info.
Listen to The Way It Is, close your eyes and you'll think that this a the new Pink Floyd, but then the keyboard section begins and you be amazed again; Is this the forgotten bonus track "On Selling By The Pound"???
The Gentle Art Of Swimming is another highlight of this ceedee, just like Forgive me (part 3) is this Snowy White who makes than beautiful guitar sound or is it Karlheinz Wallner, again?
So you there, Pink Floyd-affiniciadoos, don't save your money; spent it on this one! 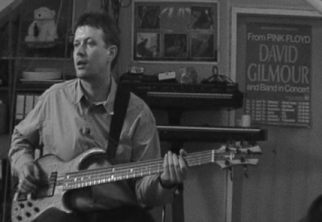 They had a wonderful gig in Verviers last night (21-3-'03). The last show with the Swedish band Ritual; 4 handsome enthusiastic guys (style; Flowerkings, Pendragon and Yes).
RPWL started their show very impressive with Opel (yes indeed a song of Syd Barrett) (including the liquid projections and quadraphonic soundsystem). Yogi and his band members had a wonderful time, they enjoyed it and so did the audience of people in the age of 40+ (I was one of the youngsters ;-).
Althrough they had enough own awesome good songs they did together with Ritual back on stage an a cover from Peter Gabriel; Games without Frontiers, again accompanied with film projections. Before that there was a minute absolute silence for peace. 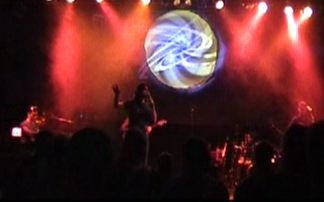 
Althrough I'm very keen to see Mostly Autumn in Verviers in June, I think this will be the highlight of 2003.


They did a marvelous gig in Spain in August 2004. Together with Mostly Autumn they did the best Pink Floyd song ever; Comfortably Numb.


Later than previously planned, the new longplayer by RPWL will be out: World Through My Eyes is released on January 24th. The reason for the delay is the lavish special edition of this album which will be a hybrid SACD. This edition offers the complete material of World Through My Eyes with a 5.1 mix (playable in stereo on all common CD players) as well as a ten minute bonus track and an extended booklet  this means much more value for only relatively more money since this special edition is only a little bit more expensive than the standard edition of the album. 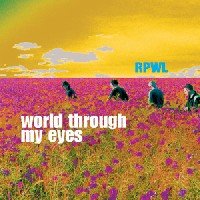 Review of world through my Eyes and a new interview with Yogi!

2 CDs packed with live-recordings from the
"World Through My Eyes"-Tour 2005.
(including "Rockpalast TV-performance" feat. Ray Wilson).

The Gentle Art Of Swimming

Day On My Pillow 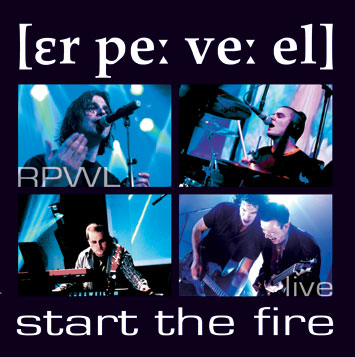 If you like Pink Floyd and or Genesis, or if you're looking out to see David Gilmour perform, then this album is absolute "a must have". I almost would say that I'll pay your money back if you don't agree...
Thought that the cd "World Through My Eyes" was one of the Top albums of 2005, but RPWL have beaten themselves with this live release. Left:
Money is a religion?

NEWS
January 2005:
For a long time it was just a rumour but now it is confirmed. "Ancient" bass player Chris Postl is back with RPWL. Already Postl will take over the bass part as well as backing vocals with the WDR "Rockpalast" concert at Bonn on Tuesday, March 8th. He got the part at short notice from Stefan Ebner, who has left the band. He will also play the complete spring tour and later gigs, too.
"Welcome back, Chris!"

They're working on a dvd, with some unexpected bonus material...

And... maybe some solo ideas will get reality: Yogi, Karl and Chris! So watch out this or their site.

They played at the Pink Floyd Day in the Zoetermeer as main act. Sorry that I missed you guys, I was at Odin Dragonfly and Fish gig, just 30 miles to the South; Rotterdam. Gonna see you in Loreley!
And yeah what a surprised the original Line Up:

This was the setlist, hope it is complete:

We'd like to announce our forthcoming special album: "9"
(release: 9th of September 2007)

"9" is a compilation including 5 previously unreleased live songs and 4 brandnew solo songs from Yogi Lang, Chris Postl, Manni Müller and Kalle Wallner, recorded together by the band. Those studio-tracks are representing the different influences in the band.
"9" will be released in a limited edition of 999 CDs and will be only available in our own Shop. 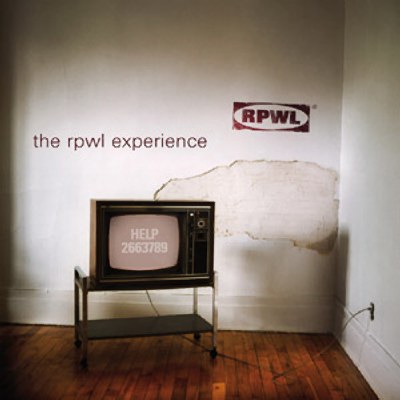 Reviews, interviews and news you can find at my MySpaceBlog.
An excellent new fresh album. RPWL is on new course and i can tell you it's Spitze Klasse!
Highly Recommended!


The DVD features an impressive performance, filmed in mid February at the Wyspiański Theatre in Katowice, where RPWL played as the headliner on the second day of the festival ProgRock 2009. The band's music definitely has its own style  modern, yet also drawing from the best traditions of the prog-rock genre. All in all - brilliant compositions, catchy melodies, mature and intriguing sound!

Metal Mind Productions has released The RPWL Live Experience on 15th June in Europe and 14th July in USA (via MVD).

9 out of 10 stars!
The dvd is recorded at the Wyspiański Theatre in Katowice. And the guys there did a fantastic job, really nice live shooting and the sound quality is super. Maybe the shooting is a bit conventional, but it's astonishing and a pleasure to watch. Really nice light show, great stage and stylish smooth imagines.
The setlist is "a best of rpwl", old an new are mixed in one big epos. Some songs have a different approach and that makes it even more interesting. Cathy, proggie, Rockin', loaded, modern with influences of the mighty Floyd and Genesis and sometimes with great humor ("This is not a Prog song")(please put that on YouTube).
And a nice look back to their roots with "Opel" of Syd Barrett (who died 3 years ago 07-07-06).
Yogi's voice is excellent and a few times he uses his Moog to help the wizard Marcus on keys. One of the trademark is Kalles superb guitar art, this dvd shows his abilities, i love that. Bass and drums provided by Chriss and Marc are making this great recording complete.
The DVD also features an interview with Yogi Lang and Kalle Wallner, "Breathe In, Breathe Out" video clip, Tour Footage 2006 (incl. Sleep Demo Version), photo gallery, desktop images, Dolby Digital 5.1 Surround sound and more!"
One version of the album contains 2 cd's, apart of the excellent sound quality, they don't add any extra's, extra songs or whatever. And that i think is a miss.
Mmm i'm happy with this recording, that shows that these Germans are a band you should check out live.

A great applause for the people at Katowice and the gils and boys behind the scene.

The RPWL Live Experience will be available in the 3 formats: DVD, ltd. 2CD, and ltd. DVD+2CD.

Snapshots of this fantastic dvd at this spot.


Breathe in, breathe out live in Katowice '09. 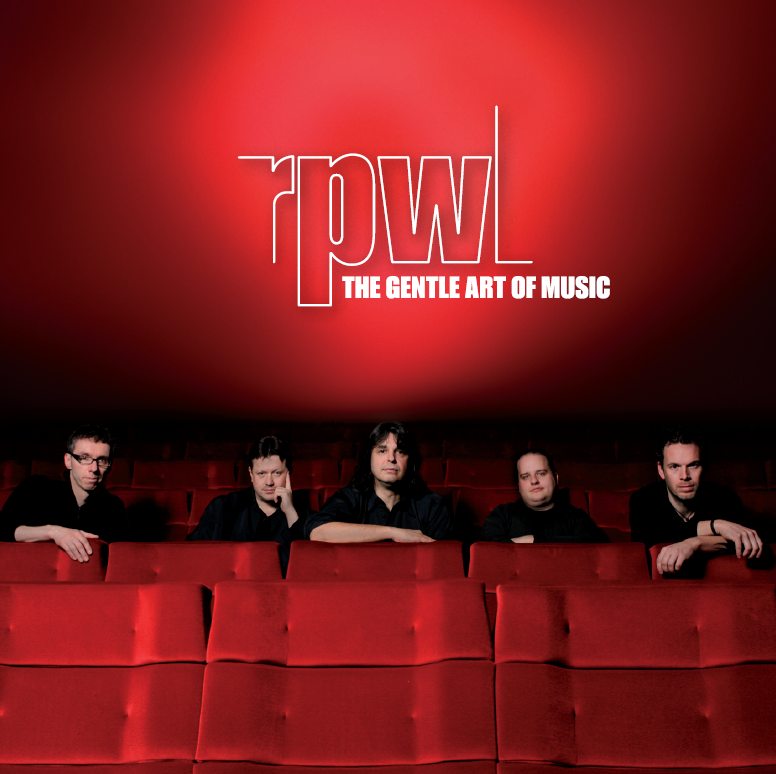 The Gentle Art of Music.
Samples.

A real best of cd. Sublime.
Even more sublime is disc 2 with the new arrangements, beautiful! Indian spheres, laid back but with a bite.
The songs are stripped down and build up again, carefully and absolutely heartbreaking. The only remark is "Moonflower" a soft jazzy song that to my humble opinion don't fit with the other 10 heigh lights.
9+ out of 10.


Manfred Feneberg- percussion on "the fisherman".

Unchain the earth is the official single from this album: YouTube.
And this is an video of "the Noon".
Review "Beyond Man and Time".

Please be so free and sign my guest book.