Best german prog-rock, good keyboards with nice guitars. A bit like Camel in their Moonmadness-period.

I want to mention three albums; Adonis their debut-album, Requested Document Live 1980-1983, a double live album and Neue Sterne. Excellent albums the vocals are in German and German-English.

The leading person of this band is Manuel Göttsching. In 1967 he started his first Band at school, formed with friend and classmate Harmut Enke; founded officially on Hartmut's 15th birthday party.
Two years later Klaus Schulze teamed up and Ashra Tempel was born. Their debut was called Ash Ra Tempel and consisted out two long tracks. Music increasingly more on electronics and less on guitars, repeating synthesizers, a bit like Robert Fripps fripperonics. 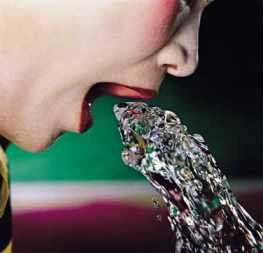 Martigan was founded in March 1994 by the keyboarder Oliver Rebhan. He used his contacts in the local music-scene to unite different musicians in a new band. .
Rather than aiming at any commercial success the members of the band chose to write and perform music that met their personal preferences. .
The work of 2 weeks composing together with Kai Marckwordt, Jürgen Edlinger, Axel Schütze and Alex Bisch can definetly be named as "Progressive Rock". The first track was born - PAINTER.
In the end of 1994 they recorded their first demo CD using two DAT recorders. This recording, produced during only at two weekends, served as master-tape for Martigans first Album. .
The album was named after the village where the bands first rehearsals took place: Stolzenbach.
Martigan then met cologne music-producer Rudolf Nepix who got interested in their music and encouraged them to start recording a second CD, which was released on the Label FLOH DUR in 1996 .
Additionally, a Maxi-CD  Simplicius came out in early 1997. 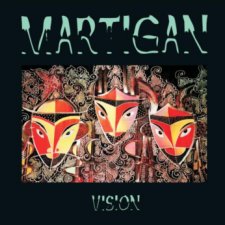 Vision got my attention by the coloured artwork. So i had a better look at it and decided to give it a listen:
Excellent Prog with a capital P. Okay maybe a bit retro / neo, but i don't mind at all.
Prog build up around great keyboard fundations, sparkling guitar riffs and solo's and Kai vocals are more as a pleasant wallpaper. Two long epics reach to the roof, songs that clock 20 minutes and more. I lost the clue after the 2 listenings of those 2 songs, but who cares to get lost in hall of beautful art? Craze this Town is for me one of the highlights. A great carpet of guitar solo's, nice harmonies and catchy tunes.
The art work makes this cd looks good and complete.
Mmm think i must see that i get more of this band.

German synthesizer quartet, A secret Wish ('85) is a must for everyone. The opening-tack A Dream within a Dream is based on a story of Edgar Allan Poe. With;