Jonas Reingold started this band, Jonas is/ was member of the world famous group The Flower Kings.
He joined forces with Roine Stolt, Jaime Salazar, Zoltan Csörz, Johan Glössner, Göran Edman, Robert Engstrand and Tomas Bodin, all prominent members of the progressive rock family. Karmakanic was born. They recorded their debut album ,Entering the spectra, in 2001 and It's due to be released the 7th of October 2002.
Wheel of life is their new album, with influences of Yes, Dream Theater, King Crimson and Frank Zappa. 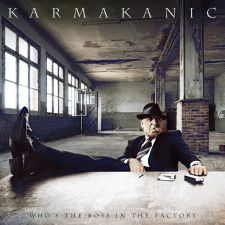 According to Claude 'Clayreon' Bosschem of ProgNose one of the best releases of 2004!

Who's the Boss in the Factory ('08).
Is the new album from Jonas. Featuring: 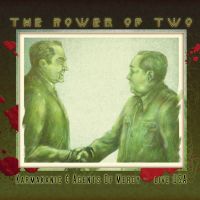 THE POWER OF TWO
KARMAKANIC & AGENTS OF MERCY "Live in USA" (2010).
The concept of The Power Of Two is based upon the simple idea that two forces working together are more powerful than two separate units working on their own.

Two different repertoires are performed by one single group of people creating an extravaganza of rich textured wall of sound that hopefully will find a way to your hearts and minds.

We did a warm-up European tour in September before we packed our bags for two sunny weeks in the U.S.A. The first stop was Los Angeles and the CalProg festival where the drumchair was taken by Nick D'Virgilio. (Spocks Beard,Tears For Fears,Cirque de Soleil,Genesis) With only 6 hours of rehearsal and with almost three hours of dense material to learn, Nick showed how a "true pro" blend in and make it sound like we've been playing together for weeks. Judge for yourselves since all but one track on this disc were recorded from that very first show in Whittier California - October 10th 2009.

The Power Of Two are:


Pictures by Jaak Geebelen from RockITtervoort 2010.
Jonas Reingold is to start writing a new Karmakanic album later this year. To get inspiration for the songs he plans to stay at the Chelsea Hotel on West 23rd Street in New York for several weeks and write some new material. The hotel has been a centre of creative and bohemian activity for many years. Bob Dylan, Arthur C. Clarke, Alan Ginsburg and Gregory Corso all composed new work when in residence, while the hotel was used in the 1960s by Janis Joplin, Leonard Cohen, Bob Dylan, Jimi Hendrix, and the Grateful Dead.

Formed in 2008, AGENTS OF MERCY was originally a side-project by Roine Stolt (guitars, bass, vocals) of The Flower Kings fame, whrere the goal was to create a low key, mostly acoustic based type of music.
Along the way Nad Sylvan (vocals) from Unifaun was invited to participate with vocals. However, one thing lead to another, and pretty soon the two of them found themselves involved in a creation that almost took on a life of it's own - for some reason or other the compositions got longer and longer, more and more progressive rock elements found their way into their creations - pretty soon this had evolved into a collaborative project, and the music had changed from low key and acoustic to anything but low key and highly progressive.

With the participation of several musical friends debut album The Fading Ghosts of Twilight was issued in March 2009. Sylvan and Stolt finished some additional projects following the album release; and are taking this project on the road in the autumn of 2009 - in most cases doing a double bill with another Flower Kings side-projct; Karmakanic. 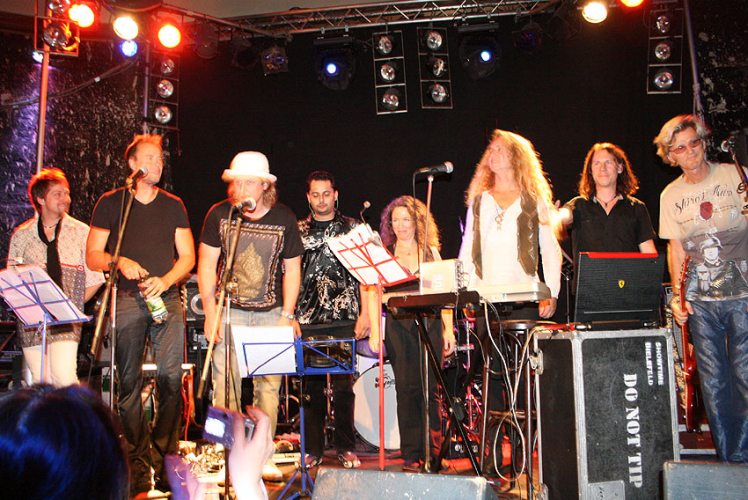 
Göran Edman:
An interview with this charismatic guy / June 2010.

Born April 28, 1956 is a Swedish vocalist. He is noted for his session work with many artists through the years but mainly for his early work with guitarist Yngwie Malmsteen. He has also recorded with bands and artists such as Brazen Abbot, John Norum, Madison, Karmakanic, Street Talk, Kharma, Crossfade, Signum Regis and Richard Andersson among others.

Now he is involved with Karmakanic.

Street Talk Collaboration (1997) Transition (2000) Restoration (2002) Destination (2004) V (2006)
Snake Charmer Backyard Boogaloo (1998/2003)
Johansson The Last Viking (1999)
Reingold Universe (1999)
Kharma Wonderland (2000)
Reingold  "Universe" In 1999 Jonas still had his band 'Midnight Sun' but he found that he needed another band to release material that he had written in a different style and in another context. He asked his friends top-vocalist Göran Edman (Malmsteen), drummer Jaime Salazar (Bad Habit) and axeman Marcus Jacobsen to join him. Pete Sandberg - "Push" ('99)

New Time Requiem album ('06)
New album of Richard Andersson's Time Requiem with Göran Edman on vocals. This band is more progressive oriented than Richard's other neo-classical oriented projects Space Odyssey and Majestic. This is their 4th release (3 studio and 1 live album) and Jonas plays on 2004's studio album "Inner Circle Of Reality" and co-produced the first two albums. (Check out the discography section.) This album shows stunning musicianship, thrilling guitar and keyboards techniques, brilliant vocals and melodies and is complex enough to shock any classical composer and really cheer up anyone who is into melodic progressive metal.