And of course a great band:

A band formed in 1990 from Liverpool primarily known for helping to develop the death/doom and gothic metal sound. Later in their career, beginning with Eternity, they moved away from this sound into more atmospheric progressive rock.

The current line up is:

In May 1995, vocalist Darren White parted with the band, eventually forming The Blood Divine. Rather than recruiting a new vocalist, the band decided that guitarist Vincent Cavanagh should assume White's role. This new formation debuted by touring with Cathedral in the United Kingdom. Pentacost iii was released in 1995, folowed by The Silent Enigma (1995) & Eternity (1996).
The second member to leave the band was drummer John Douglas, who departed in the summer of 1997. He was replaced by Shaun Taylor-Steels, formerly of Solstice, who would also later play drums for My Dying Bride.


Alternative 4 was released in 1998. During this time the band underwent many line-up changes. Bassist/songwriter Duncan Patterson quit due to musical differences and was replaced by Dave Pybus of Dreambreed, where Duncan had played bass for a short period. Martin Powell (who had played keyboards and violin for My Dying Bride previously) also joined the band. Finally, John Douglas returned to the drums.

In June 1999, the album Judgement was released, marking Anathema's complete shift from the doom metal genre, focusing instead on slower and more experimental songs. This new sound has been likened to artists such as Pink Floyd, Jeff Buckley, and to a lesser extent, Radiohead. However, the essence of the band remained the same. Their songs continued to express a feeling of depression and, more often than not, desperation.
During the same year Martin Powell switched positions with Cradle of Filth's keyboardist Les Smith, who came to be an integral member of Anathema.
Shortly before the release of A Fine Day to Exit, Dave Pybus announced his departure from the band and later joined Cradle of Filth. He was replaced by touring bassist George Roberts, and later by Jamie Cavanagh. 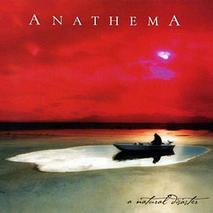 In March 2002, Daniel Cavanagh announced his departure from the band, joining Duncan Patterson's band Antimatter. However, he later rejoined Anathema in 2003 for the release of A Natural Disaster, and started their European Tour. This accelerated the changes in Anathema's tone, towards the atmospheric and progressive, as exhibited in album tracks 'Flying' and 'Violence'. 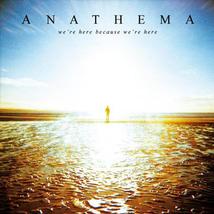 We're here because we're here (2010):
With this album they reached a big wider audience followed by a succefull tour. The metal riffs and doom are gone and the album is ful with smooth moody songs. 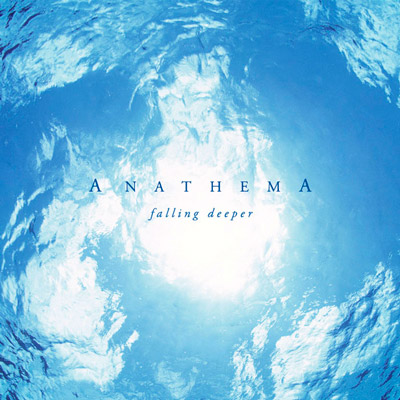 The new album FALLING DEEPER was released on 5th September 2011.

And is a beauty... laid back, strings, great moods and great riffs.


Weather Systems (April 2012):
Weather Systems is the follow-up to 2010s We're Here Because We're Here. That album featured prominently in numerous end-of-year polls and the producer, Steven Wilson (Porcupine Tree), has described it as 'definitely among the best albums Ive ever had the pleasure to work on.'
The bar for Weather Systems has been set pretty high then but Daniel is certain that the album will exceed these lofty expectations, it feels like we are at a creative peak right now, and this album reflects that. Everything from the production to the writing to the performances are a step up from our last album.

He continues, This is not background music for parties. The music is written to deeply move the listener, to uplift or take the listener to the coldest depths of the soul. The intertwining melodic structures of these profoundly beautiful songs are intensely powerful, yet simple. These are songs that will transport the listener closer to the heart of life, that is to say, to the heart of themselves.
It is also an album of polarity. The play of opposites; light and shade, birth and death, love and fear. The simple truths of life and loss, hope and strength and darker internal themes are all explored here.
The album was recorded in Liverpool, North Wales and Oslo, each place significant to Anathema past, present and future. The record was produced and mastered by 5 times Norwegian Grammy nominated Christer-André Cederberg (Animal Alpha, In the Woods..., Drawn), who Daniel has described as a revelation. His calmness and brilliance has helped to bring about the greatest inter-band chemistry that Anathema have experienced together in their career.
This album will please fans who call for more of Lee Douglass vocals, as her role within Anathemas brand of alternative, melodic rock has matured to become an integral energy. In this way and more, Weather Systems is the sound of a band finding their voice and growing in stature, moving further along their artistic path with a truly stunning musical vision.
Their best ever work? Not yet says Daniel, but he does believe that with Weather Systems they have surpassed previous glories; we are pleased and proud of the record and we feel that, alongside the best moments of WHBWH, this record contains our very best work so far in what is becoming a long career.

Weather Systems will be available on Kscope from April 16th 2012.
Orders www.burningshed.com/store/kscope/.


May 2012::
Anathema are to release three of their classic albums on vinyl next month, and theyre ready to pre-order now.
Both A Fine Day To Exit (2001) and A Natural Disaster (2003) are to be reissued on the Kscope label. Both albums saw the band break even further away from their doom/death metal past and head boldly into the progressive realm in which they operate today.
In addition, the bands 1995 EP Pentecost III is to be put out through Peaceville in vinyl format on July 2. It was also the last record to feature vocalist Darren White, who now fronts Serotonal. This is limited to 2000 copies.

Tour-dates!!! In Europe and more!

Anathema made several albums, one of their latetst is Live@anclub ('09): 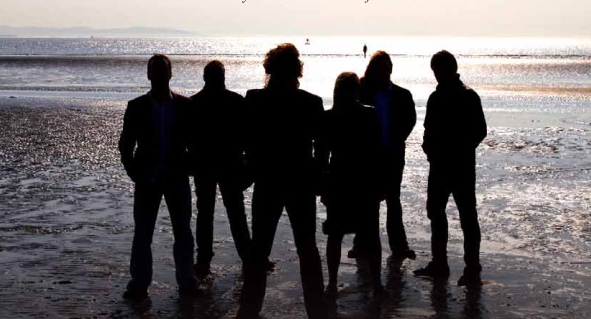