They started in '63 (a year in wich a few nice people are born...) they had different names one was The Pink Bears. And on a certain moment they are the back up band from Billy J. Kramer. In '71 their first elpee came out; Uphill all the Way. Excellent Country Rock with good harmonies. 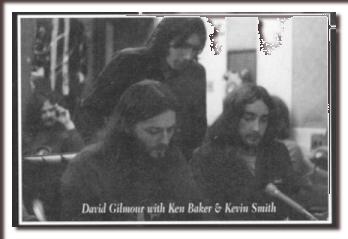 Dave told how he really liked Country Rock which came as a considerable surprise as Pink Floyd seemed a million miles away from that kind of music. A week later Dave phoned Pat to say that he had just completed a studio installed at his country retreat and, as a try out, he could offer a free day there to demo some songs. The band immediately accepted.
Things started to happen from then on. Dave said he was prepared to put up the money to record an album of Unicorn songs and that his manager, Steve O'Rourke, would sell it. Unicorn signed with Steve's EMKA organisation and Ricky Hopper who had introduced them to Dave became the day to day and tour manager. Ricky was later to discover Kate Bush, then called Kathy Bush. Pete and Pat from Unicorn played on her first demo recordings at Dave's studio.

got invited to make a few demo's with Kate Bush, Gilmours new protege.The other members were; 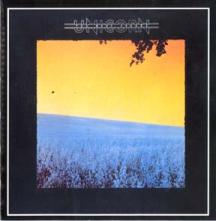 And in '77 (One More Tomorrow) with Muff Winwood, again. In 2000 they released A Best Of Album, with help and contribution of David. A really nice album. good vocals and harmonies!

more of them; A nice site by Todd.

Pat, thanks for signing my Guestbook, a kiss for the youngest hope she had a nice wedding ;-) Pat wrote me this on July the 4th 2005:

Hi,
You have shown interest in 70's Country Rock band UNICORN www.unicornmusic.net. All our four albums Uphill All The Way,Blue Pine Trees (Released as Unicorn 1 in USA)Too Many Crooks (Released as Unicorn 2 in USA) and One More Tomorrow are now available on CD. Blue Pine Trees,Too Many Crooks and One More Tomorrow (All Produced and played on by Pink Floyds David Gilmour) have just been, brilliantly, digitally remastered by legendary Pink Floyd Sound Engineer Andy Jackson at David Gilmours 'Astoria' studio on a boat,on the River Thames at Hampton Court,England. Each, of these three CD's, comes with the original English Hipgnosis Artwork and each has a bonus track added. They are available from www.ItsAboutMusic.com.

Also available on the site(via a link) are Uphill All The Way (With added bonus track Cosmic Kid) Best Of Unicorn (19 tracks taken from the three Gilmour produced albums plus bonus track) and Shed No Tear The Shed Studio Sessions.(20 tracks) Please forgive me if I have contacted you before with these details.This is an ideal opportunity to replace those worn out vinyl albums with great sounding CD's and get some bonus tracks.

Pat plays in a eight piece band called the Tamla Tigers and they play Motown and Stax music.
He and Ken Baker have plans to make a cd with lost Pete Perryer songs. 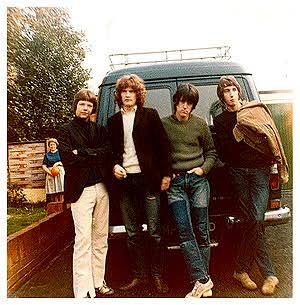