BRYAN JOSH  through my eyes. 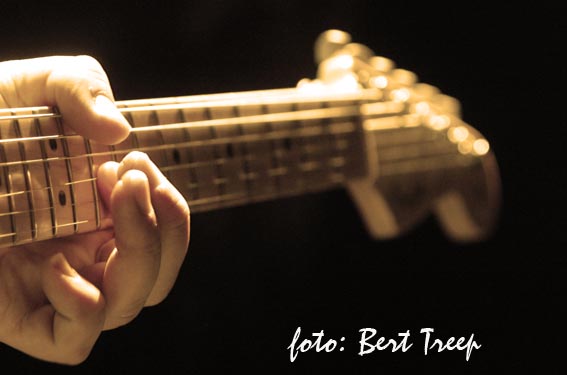 In honour of the Dutch  iO Pages Festival, 26th/27th of February, Breathing Space, the band of Mostly Autumn member Iain Jennings, came to de Boerderij, in Zoetermeer. Just for once,  Bryan Josh joined them and played the lead guitar, because Mark Rowen had left the band due to a difference of opinion. This gave me the ultimate chance for an interview with Bryan Josh, frontman and founder of Mostly Autumn. He was already waiting for me and after we entered the dressing room and sat down, I immediately began my questioning fire.

Of course the first thing everybody wants to know is how he feels about Heather Findlay leaving the band.  Bryan says that its a very sad thing. It was a bit of a shock, although it didnt surprise me in some ways. After thirteen years, it was our dream, we worked together  and all that writing, its not there anymore. Thats very sad. Olivia has taken over, which is fantastic, but its going to be different. Its like times have changed. Bryan continues saying that he was looking for a new singer from within. He wasnt interested in bringing somebody from the outside. So the obvious choice was to let Olivia (Sparnenn) be the new lead singer. The difference between the two female singers is, according to , the range of Olivia and the rich texture in Heathers voice. But both have very strong characters in the voice. And both are world-class singers, though they sound very different, but as Bryan says, thats good for the songs. He agreed with me that Heather had a certain X-factor, but that wasnt always the case. She grew in Mostly Autumn.

At the moment Bryan is working on a new album, which he started at the beginning of January. There will be some input from Olivia. She has written music for Breathing Space too. The concept of Mostly Autumn wont change. Bryan continues: Every album has a different vibe, a different feel. This one will contain beautiful moments and heavy ones. Overall it will be a little heavier, maybe. is very excited about the songs they already have written. But its still work in progress.

Maybe Troy Donockley, a close friend of Bryan, will play on the new album, if he can find the time. He is always in the background. According to Bryan he always adds a beautiful emotional angle to the music. They probably are going to bring Questioning Eyes, a song from Breathing Space into their new set, because it sounds the most like Mostly Autumn. And after seeing them perform that particular song that very night, I must say, the new Mostly Autumn looks and sounds promising!

A thought that occurred to me was why had they never supported Marillion. For example during their conventions. Bryan said that he would love that, it would be fantastic. In the past, it was always a bit difficult, because of all the gear a band with seven members has to take. They dont like all this equipment on stage, befor they appear. But they are great guys!    promised to think about it and pursue this.

Last year Bryan released a solo album under the name of Josh & Co. The album is called Through these Eyes. He explains that the reason why he made a solo album in the first place was simply because there was time and space. When Heather was pregnant, he wanted to explore different angles and music styles. It could be anything, it could be ridiculous. Actually, it was just a window of opportunity, he said. There wasnt really a creative urge, other than the one he already has. But of course, with Mosly Autumn, has more boundaries around him. He wanted to step out and be experimental, for once. Furthermore he claims that Josh & Co isnt so different than Mostly Autumn.

On the album there is a radio-edit of The Appian Way. Just in case somebody wants to give it an airplay, said. But he never pushed it enough, so the mainstream audience will probably never hear it. But that wasnt his intention either. Although The Appian Way is a great football-song, he thinks.

The lyrics are very dreamy. explains: Some dreams are very vivid. They almost look real. Its like stepping into another dimension. The persons you meet there, in that universe, thats what the album is all about. A concept of wandering about in another place. Or like he says in the booklet of the album: This album documents some of the adventures over there.

It struck me that the word home was used quite a lot. I asked what his definition of home was. The word means different things in different contexts. Its where everything goes, where your heart and feelings want to be, but also where we are now..There are just a lot of dimensions. Bryan is definitely very spiritual. There is stuff out there we dont understand and we arent meant to. I even have seen ghosts and all.  There is something, the reason why we are all here...

On the cover of the album, is smoking a pipe. To me it looked like a crack-pipe, but assured me it was just his fathers old pipe, which he found again. He only smokes tobacco in it, so the other dimensions stop there. The idea of using this image for the album, comes from the fact that his father passed away. And it was he who gave all these good memories and inspiration for the music,  said. The first song Merry She Goes is dedicated to his dog Merry, who passed away as well.

From the pipe, we move on to the subject of nature, where Bryan finds his inspiration. As a child, he not only smoked his fathers pipe, but also went camping with him. They used to go to the Lake District, a beautiful part of the , where he went climbing and did a lot of walking. He still goes there to write music. Being there clears my mind, it puts things in perspective. It allows you to channel things. Thats where most of the stuff has been written. He says he never actually tries to write songs. They just come, very naturally and very quick. It happens!

His older brother and sister introduced him to Pink Floyd. Music that, according to , is very close to nature as well. He now can live off his own music. Bryan didnt have another job for twenty years. At first his family supported him, but he is on his own now for the last ten years. He had options to do other things in life. For example go to the university, do engineering. But his call was always music, so he followed that dream. According to , there is no real downside to his lifestyle. He doesnt have to struggle. But it was never money that drove him. He also has no illusions of being a popstar. He just wants to download all this emotions into his songs. There is no guarantee what is there in, say, ten years. But its the most amazing life, this way.

Review of the Breathing Space live gig (in Dutch) (an English version this week!
Pictures of the Dutch tour, which was amazing:


Competition!
Free tickets and their latest album, no spam no nothing.
Mostly Autumn
Breathing Space

Symfo Index.
Updated March 2010 by Nick
For all who we've lost, where ever they are.
www.mostlypink.net