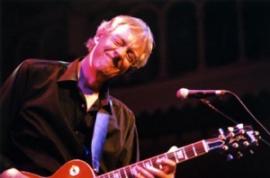 17-5-47, Guilford, Surrey, England. Vocals and guitar Camel. When Pete Bardens, the driving force off the band Camel, left the group, Andruw becomes the chief of the camel-driver.


Suzanne Hoover is Andrew Latimer's wife & manager, and has been writing camel's lyrics since 1981.

News July 2010:
David Minasian has formally signed to the ProgRock Records label for the release of his new album titled "Random Acts of Beauty" which features legendary Camel guitarist Andrew Latimer on the 12 and a half minute epic opening track titled Masquerade.
Joining David Minasian on keyboards (grand piano, mellotron, harpsichord, moog and orchestrations), acoustic 12 string guitar, bass and vocals, is Justin Minasian on electric lead and rhythm guitars and Guy Pettet on drums. "Random Acts of Beauty" is the new worldwide ProgRock Records release from David Minasian and can be found at www.progrockrecords.com/.
The album will be released early August 2010 and available in stores on October 5, 2010 but is available for immediate pre-sale at a $2 discount.

David did produced and directed on seven Camel DVDs including "Coming of Age", Curriculum Vitae, and their latest concert film "The Opening Farewell".