Glass Hammer, a modern-day progressive rock band based in Tennessee, officially began in 1992 when longtime friends Steve Babb and Fred Schendel began writing and recording the Tolkienesque concept album Journey of the Dunadan ('93). With the help of;


Yes is one of their sources. But with the vocalists of Michelle Young it gets an extra dimension.
In 1994 they began working on their second album Perelandra, which was released in 1995.
David Carter returned to perform on one track, as did Michelle Young. Tracy Cloud made her first appearance on Perelandra, as did Walter Moore who contributed vocals and twelve-string guitar.

In 1997 the band began working on their next epic. To tide fans over, they released Live and Revived, a limited-edition collection of live rehearsal recordings and unreleased material written just after "Journey" was released. This featured the 'live' group which was then made up of Steve, Fred, David Carter, Walter Moore, and Michelle Young.

2001 saw the release of The Middle Earth Album, a collection of songs based on Tolkien's "Lord of the Rings" trilogy. A more old-English folk, reminiscent of the 70's prog band Gryphon album.

Glass Hammer continues to write and record on a daily basis. 2001 also saw the completion of David and Goliath, a family musical written by Steve and Fred. That project is being considered for national release by several large publishers and distributors. A new Glass Hammer album tentatively titled Lex Rex is from late 2002. And after hearing a few tunes, recommanded by Stephannie, i bought the album, great yessy-sound! Shadowslands is the best album of 2004 i heard so far, but i must confess the year has just started. The 122 minute Lex Live DVD and Live at NEARfest are out now (July 2004). Surely The Inconsolable Secret ('05).
A double studio album.

Culture Of Ascent ('07)
A brandnew album in the vein of the gold old yes. And not alone in the vein of.. Jon Anderson is present on two songs. And "south Side of the Sky" is written by Chris Squire & Jon Anderson.
A Highlight of their career!

Live At The Tivoli (DVD ('08)
Which features the songs Eiger Dreams, The Morning She Woke, Lirazel, South Side of the Sky - along with 150 voices of the Lee University Choir. Carl Groves (Salem Hill) returns to front the band as do all the regulars. Filmed at the historic, Victorian theater - The Tivoli, in the band's home town of Chattanooga, TN.

2009s release Three Cheers For The Broken-Hearted (Nov '09) reveals a leaner, tighter Glass Hammer; with Steve Babb and Fred Schendel once more handling nearly all of the instrumentation and one hundred percent of the writing and production. Still, Glass Hammer alum Susie Bogdanowicz finds herself squarely in the spotlight as the solo-vocalist on seven of the albums eleven tracks. 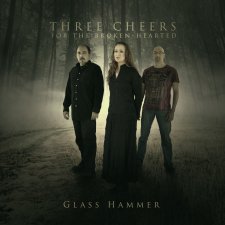 From song to song, the dynamics are clear and present. Three Cheers For The Broken-Hearted features melancholy ballads, psychedelic influenced rockers and even head-banging metal tracks; all firmly based on the bands prog-rock roots.

While not a concept album in the traditional sense, the new albums lyrics still carry a theme throughout. The new release shows the more cynical, darker side of Glass Hammer  a band usually noted for its optimism.

Its still there, says GH co-founder Steve Babb. But only revealed in places; certainly harder to find than in lyrics from earlier albums. But while this album has given us a needed break from the out-right storytelling we usually attempt, when taken as a whole, Three Cheers starts in a pretty dark place, then gradually leads you back home again. Even without the time-honored concept, our fans will definitely still find themselves on a journey.

Cor Cordium is Glass Hammers 2011 follow-up to last year's highly acclaimed IF, an album which found its place in numerous Top 10 and Best of 2010 lists throughout the prog world. To keep the momentum going from last years success, singer Jon Davison and guitarist Alan Shikoh return with Glass Hammer co-founders Steve Babb and Fred Schendel to create the bands fourteenth studio album.
We never set out to make IF Volume 2, reveals Babb. But we are definitely heading in the same direction musically. Fans that loved IF are going to be equally excited about Cor Cordium. "
Featuring six tracks, including the highly addictive Salvation Station, the epic-length To Someone and the climactic She, A Lonely Tower; art work and a 16 page full-color layout by artist Tom Kuhn and audiophile mastering by Bob Katz of Digital Domain. 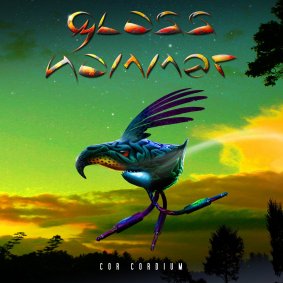 Steve and Fred released two albums of fantasy-themed electro-ambient music under the project name TMA-2. "Artifact One" departs from the prog-rock that is typical of the GH sound, instead showcasing trance-like musical wizardry and electro-dance beats. "Artifact One" was released in 1996. "Tick Tock Lilies" was another TMA-2 project ('98).

1997 saw the release of the Wyzards album, "The Final Catastrophe". David and Steve, joined by former bandmate and drummer Bill McKinney, recorded several songs by Wyzards, a group that predated Glass Hammer. Fred Schendel guested on Hammond organ and keyboards. The crunch of David's guitars is balanced by blazing keyboards from Fred and powerhouse rhythmic mayhem from Bill and Steve.

Tracy Cloud -- Love Changes:
Tracy Cloud sang backup vocals on Glass Hammer's Perelandra. They returned the favor by producing her debut solo release and performing the music on all tracks.

Fred has done some session work for Salem Hill ('05).


David Wallimann - Deep Inside the Mind ('07). an almost instrumental album, with some spoken words.

Jon Davison: sings in YES Live 2012!
He also is member of the cover band Round-a-bout.