"Mostly Pink run down with Thomas Anderson and Jon-Arne Vilbo of Gazpacho for 11 quick-fire questions."
At this place you can read it ;-)

A very promissing band from Norweigh, and;

Their demo is called; Get It While It's Cold ('02) and maybe you can get it for free at thier website or you can download the songs in mp3-format: http://www.gazpachoworld.com/
Bart Jan van der Vorst of DPRP is very enthusiastic about them. See DPRP. He compares the album with the debut albums of Coldplay and Mostly Autumn ("i think that are the best debut albums of the last 10 years!" and that are the best is my opinion too).


A tasty mix of Radiohead, Porcupine Tree and the late Marillion.

They got free music, just visit their site.

This Norwegian band consists of

Jan H. "O"(hme) on vocals,
Jon A. Vilbo on guitars,
Thomas Andersen on Keyboards and
Roy Funner on Bass.

Hope to hear a new album of them soon, (hopefully with a drummer).
Yes they done it: Bravo is their full lenght album, with a drummer Geir Digernes, but also some computers.. some persons on violins, strings and flute and an impressive list of guest & backing vocalist;

The Tracklist of Night:

Clocking in a 53 minutes, titled "Night", this is our first true concept album where initially it's one song split into 5 parts.

"We are extremely proud of the result and believe this to be our best album to date (isn't that what they all say. .. well we mean it... isn't that what they all say as well... well... I give up). "Night" is a musical description of a dream or a stream of conciousness. It explores the question of where dreams end and reality begins and the mind as the tool that has to decide what to believe. The character goes through various memories real and imagined and sees the world from the angles of different people. He travels through time and visits places across the world including old New Orleans and Ancient woods with Pagan rituals being performed. Night is about life and the various ways of interpreting existence. Pretentious? Oh yes but delicious as well... very delicious.


Den Bosch W2.
Sorry we missed the pre pre suport band Steve Merlin, Mindpark was the next and i was impressed by these young gentlemen. Nice songs, top smooth guitar work and good harmonies.


Mindpark
Gazpacho did a wonderful moody set and the audience got in trance and enjoyed the trip in the Norweign mountains, highlands and fjords. Beautiful arragements and dreamy tunes. They played a few songs from the new album "Tick Tock" and they were well recieved. Believe they played everything of "Night". The use of violin added some extra wide landscapes to the set.
Nice gig, dreamy and moody, no extravaganza on the stage, just smooth and relaxed.
I was really pleased with them.

This Live DVD/CD was recorded on the 10th of July at the IV. Night of the Prog Festival in Loreley, Germany. A magical night for both fans and Gazpacho, we were fortunate to get this caught on tape. DVD was recorded with 9 cameras and edited by concert film.

As a special offer, customers will receive a free Tick Tock Tour Shirt (applicable as long as we still have them in stock). The package will be available to send out as of December 19th.

You may have heard rumours fluorishing so here we go with a confirmation. Gazpacho are to release a double live CD from the Missa Atropos Tour 2011 titled "London". The album captures the bands gig on this tour at the legendary Dingwalls venue in Camden. This album will be a limited edition and released on Kscope on the 24th October 2011. 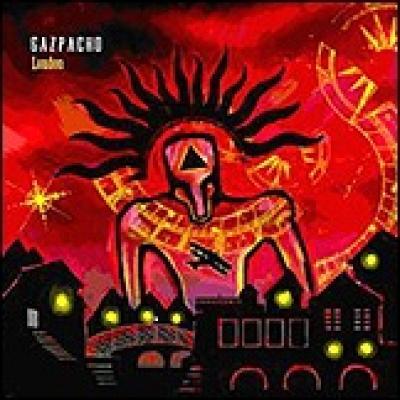 If that wasn't enough, We're currently busy recording our next studio album which shold be launched sometime in the new year. This is as with the previous albums going to be a new concept album, and the best one yet. Promise.

Our 7th studio album "March of Ghosts" will be available on Kscope from 27th February 2012.
"March Of Ghosts" is the band's follow-up to "Missa Atropos", which was released on Kscope in 2011 along with the live album, "London".
While "Missa Atropos" was a long story about one person leaving everything behind, "March of Ghosts" is a collection of short stories.
The idea was to have the lead character spend a night where all these ghosts (dead and alive) would march past him to tell their stories. Characters include Haitian war criminals, the crew of the Marie Celeste, a returning American WWI soldier who finds himself in 2012 and the ghost of an English comedy writer who was wrongly accused of treason.
They are short stories. They are a march of ghosts. They are tales that need to be told. 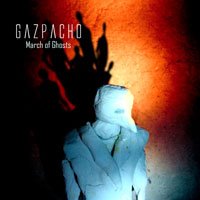