Dutch band from Katwijk and surroundings.
A band which started in 1999 by jamming out together after playing card-game Magic The Gathering, and which of today still writes their songs exactly like 10 years ago: by having hours of jam sessions.

Unspoken words
The bands debut was released worldwide in 2006 by Dutch record company DVS Records. It is a conceptalbum dealing with the statement I feel, so I exist. Beyond the bands performance, the album featured a story-teller, several guest-performances and a choir. The album soon got raving reviews from press all around the world, hailing the band as a promising new surprise. However the band was compared to the likes of Pink Floyd, Rush, Riverside and Porcupine Tree, the press found it hard to position TAPs music and recommended the band for its unique sound.

In 2008 the band went into the studio to record their second album Shadow Border. The record holds seven tracks, including the 17-minute epic title track. Drummer Joris Bol on the album: Shadow Border is meant as a no-nonsense progressive rock album. No storytellers or choirs this time. In stead some firm guitar playing, solid rhythm section and breathtaking vocals! The classic progrock songs on this album stay true to the jams they originated from which gives this album really great transparency and a natural feel! Joost van den Broek, famous for his work for Ayreon and After Forever, signed for the recording and mixing credits. Guitarist Remco van den Berg explains: Joost van den Broek is an absolute bulls-eye! Hes a very nice guy and a real metalhead. You will definately hear this back in the mix. We cannot wait for the moment it will blow out of the speakers.
The album is recorded in the famous Dutch Excess studio (Epica, Gorefest) and the album is mastered by the legendary Bob Katz who received several Grammys for his work in the past. The album will be released worldwide 5th May 2009 by the US label The Lasers Edge, who successfully launched acts like Riverside, Zero Hour and Knight Area in the past. 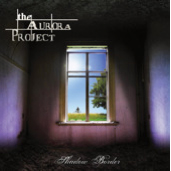 OOR Magazine "Overwhelming! First class prog music"
Progwereld.org "Sublime no-nonsense prog. How we like to hear it!"
Ytsejam.com (****) "Skillfull and melodic"
Powermetal.de (9/10) "This album will definitely be on many Top 20 yearlists."
Classicrockmusicblog "Shadow Border becomes more of an experience than just a handful of good tunes. We must devote our attention to this band in the coming years."

Selling the Aggression (2012).
A new fabulous album from those Dutch proggers with a small heavy edge.


Please check them out: