Great band from Poland.
Drummer Wojtek Szadkowski, who wrote and co-wrote nearly all Collage's music and lyrics, created a new band called Satellite in 2000. Enlisting many of his former bandmates including singer Robert Amirian, Satellite has created a fine nice melodic prog album in the slibstream of Marillion & the good old Genesis.
Mark Wilkinson, know from work with Marillion & Fish did the cover.

A Street Between Sunrise And Sunset ('03):

They did an excellent show at the Boerderij during the ProgdecennIO-festival 2006.
Some picture are here.

And they released a DVD! So please check them out. 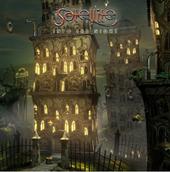 The new album Into The Night will be released on 19th November 2007 in Europe and on the 8th January 2008 in the USA in two versions: as a standard CD and as a digipak CD edition including additional bonus tracks.
Tracklisting is as follows:

1. Into The Night
2. Dreams
3. Downtown Skyline
4. Lights
5. Don't Go Away In Silence
6. Heaven Can Wait
7. Forgiven And Forgotten

Bonus tracks (available only on the digipak edition:

8. Around The World
9. Time Stands Still

Nostalgia ('09) is the follow up to the highly acclaimed album Into The Night from 2007. As the band claims, it's their fourth and most mature offering. Most of the album was recorded in Wojtek Szadkowskis home studio. He is also responsible for the music and lyrics for "Nostalgia". The album features 7 atmospheric compositions, full of beautiful arrangements with subtle yet powerful sounds. The music offered on the new album is a combination of the sound of the 70s with the modern 21st century sound. The lyrics relate to each other in a loose manner - they're about coming to terms with the past, about the need for a change, starting anew, distancing oneself to one's own past. At the same time, ironically, the music on "Nostalgia" manifests a longing for the mood of the 70's and 80's. 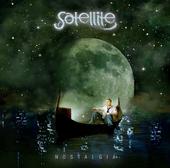 A Related Polish band is After.
The original line-up was slightly different from the present one - the first vocalist was Sylwia Wojciechowska who was replaced by Krzysiek Drogowski in September 2005.
"Endless Lunatic", the band's debut album, was recorded at ISLAND STUDIO and at Miejski Theatre in Inowroclaw with Zbyszek Florek as the sound engineer. It features guest appearances of such renowned musicians as Colin Bass (Camel), Jozef Skrzek (SBB) and Jacek Zasada (Quidam).
Hideout is their second album and was released in June 2008.

The band, created by guitarist Mirek Gil, should be known already by fans of Collage and Satellite. Not only was Mirek a founding member and main song writer of Collage, but he played with Satellite as well (on their debut album). For his new band he recruited former Satellite bassist Przemas Zawadzki (bass guitar), Tomek Rozycki (vocals, guitars), Adam Milosz (keyboards), Wlodek Tafel (drums) and Satomi (violin).
Believes debut album Hope to See Another Day (2006) received very good reviews from both media and fans. The music appealed to the lovers of the old Collage but also to the fans of Porcupine Tree, Pink Floyd and Riverside.

The follow-up album entitled Yesterday Is A Friend brought a powerful sound full of faith and melody with some hidden flavors.

Believe's first DVD entitled Hope To See Another Day Live was released by Metal Mind Productions !!! in July 2008. The setlist for the show recorded in November 2007 (Wyspanski Theater in Katowice, Poland) included songs from the debut album "Hope to See Another Day" plus a song from "Yesterday Is a Friend" as also a song from Mr. Gil's repertoire. DVD also included an interview with Mirek Gil and Tomek Rózycki, photo gallery, 2 bonus audio tracks (taken from the "Yesterday is a Friend" album), Dolby Digital 5.1 Surround sound and more!

At the end of 2008 Believe changed it's line-up. The band has begun a new era with a new vocalist  Karol Wróblewski.

Now they are woring on a new album:

Another album from the hand of Mirek called Skelling (2010).
Really nice guitar work, the lyrics are in Polish and fits perfectly in the moods he creates.