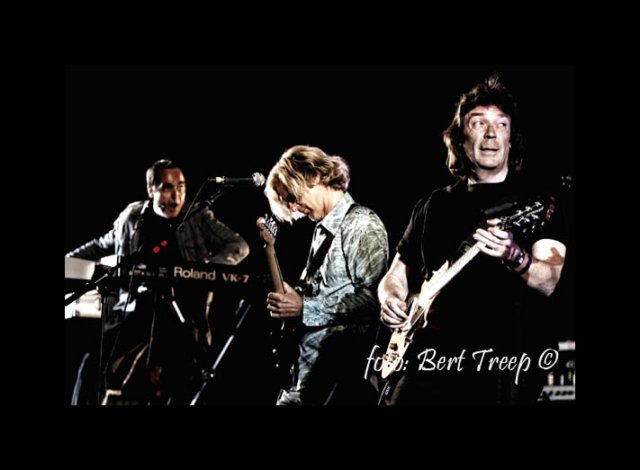 The ultimate collection of symfo-players collected in one band!

Two albums that make me dazzle; one studio (2000) and one double, (October 2001):
Bridge across forever, the live cd contains:

Shine On You Crazy Diamond,
Studio Chat,
And I Love Her ,
Smoke On The Water,
Dance With The Devil,
Roine's Demo Bits,
Interactive Section,

With help from Daniel Gildenlow (from Pain of Salvation).

The Whirlwind(Oct 09) is a 77-minute piece of music that is sure to satisfy the bands legions of fans that have patiently waited almost the entire decade for the reunion of these four musicians.
"The Whirlwind" will be available in two formats: A Regular Edition Single CD of the entire 77 minute Epic as well as a 2-CD Special Edition containing a Bonus Disc with 8 newly recorded Studio Tracks. (4 new Transatlantic compositions and 4 Cover Songs).
The Track Listing for the Special Edition is:

More never is enough (2011).
Another 5 Disc Live extravaganza from the Prog Supergroup Transatlantic.
Sometimes when you are on tour you have the best gigs when the cameras aren't rolling. Such was the case with the Transatlantic Whirld Tour one fateful night in Manchester, England.
It was the last concert of a long tour and as Rich Mouser said, as we came off stage, "Man, you guys really nailed it tonight!" So, this is the complete audio from Manchester, spread over 3 CDs, as well as a beautifully shot 2 DVD compilation from the famed, sold out concert in Tilburg, The Netherlands.
Also included are great and hilarious excerpts from other gigs, featuring Mike Portnoy stage diving in Cologne.
This release is packaged in a deluxe 5 Disc Digi-book.