Renaissance is one of the most importanted bands of the 70-ies, al through the band hasn't got a very great success.
The original group was founded in 1969 by ex-Yardbirds members Keith Relf (22 maart 1943 - Londen, 14 mei 1976 (electrocution!)) and Jim McCarty as a sort of progressive folk-rock band, who recorded two albums (of which only the first, self-titled LP came out in America, on Elektra Records) but never quite made it, despite some success on England's campus circuit.

The band went through several membership changes, with Relf and his sister Jane (who later fronted the very Renaissance-like Illusion) exiting and McCarty all but gone after 1971. The new lineup formed around the core of: 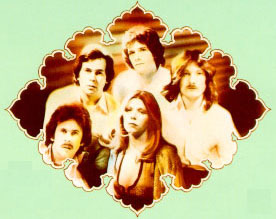 Prologue, released in 1972 was their first album, with some sesions of Francis Monkman (synthesizers). Their breakthrough came with their next record, Ashes Are Burning, issued in 1973, which introduced guitarist Micheal Dunford to the lineup and featured some searing electric licks by guest axeman Andy Powell.
One of their highlights could be Turn Of The Cards 1974.
Scheherazade (1975) was built around a 20-minute extended suite for rock group and orchestra that dazzled the fans but made no new converts.
Day of the Dreamer is a live lp/ cd. A very nice album with the classical line up. The tracks are:

Their '80s albums were released with less than global or even national fanfare, and the group split up in the early '80s amid reported personality conflicts between members. During 1995, however, both Haslam and Dunford made attempts to revive the Renaissance name in different incarnations, and Jane Relf and the other surviving members of the original band were reportedly planning to launch their own Renaissance revival which, if nothing else, may keep the courts and some trademark attorneys busy for a little while.


They did have a small reunion in 2000. The touring band consisted of Annie, Michael Dunford, Terry Sullivan, Mickey Simmonds (known from Fish and others), Dave Keyes and Rave Tesar. This tour resulted in an excellent double live CD entitled In the Land of the Rising Sun.

Tuscany is again a strong album, Annie has stil her powerful and beautiful voice, excellent.

So now and then Annie performs some life shows. In October 2009 Reniassance did some live gigs in the States:


SOLO;
Annie Haslam.
Annie did make a few solo-albums such as Annie Haslam and Blessing in Disguise ( after she recovered from brest cancer. She worked with Tony Viscontie and Larry Fast (Peter Gabriel).
And she's a successful painter.

Annie became involved in a YES tribute CD where she would record with Steve Howe, the classic song Turn of the Century. This led to Annie and Steve Howe writing material for an album together. Although the album is unfinished at this time, blending the melodic style of Steves incredible guitar playing with Annies ethereal five octave voice makes this project very unique.
One of her solo albums was called "Annie Haslam" (of course!)('89). With covers from Mikes Oldfields Moonlight Shadow till Rolls Royces "Wishing on a Star". The production was done by Larry Fast.
She has some contacts with Brazilian musicians in 2000. A new live CD One Enchanted Evening was released in November 2002, accompanied by keyboard player Rave Tesar. It is a collection of songs Annie has wanted to sing since she was a little girl, a trip down memory lane for sure.

The picture above is Annie and John Wetton in 1971!