Storm Thorgerson is involved in the latest album!!! 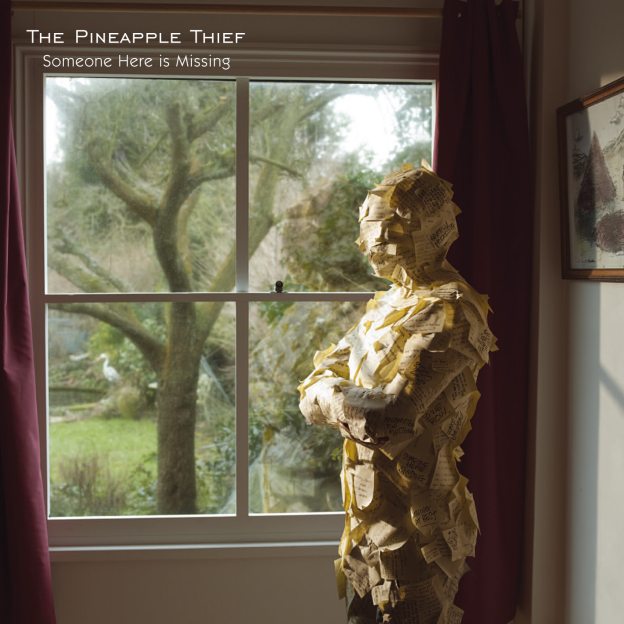 Someone Here Is Missing is: A record of dark edges, full of love and regret, my life in the last eighteen months pretty much, according to singer/songwriter Bruce Soord. It also happens to be their best yet.
With 2008s acclaimed Tightly Unwound album  which launched the renowned Kscope label  the band suddenly found themselves celebrated at both home and abroad. Everything was suddenly in place for us to move on to the next level as a band, says Soord, We just had to make a great record, no pressure then

Pineapple Thief will be playing at Nearfest. With some other great bands, see this spot for the line-upp.

Bruce Soord (guitarist of Vulgar Unicorn) started this as a side-project. It seems that it became more.

An album with guitar dominated rock with an cup of psychedelica, alternates with Travis, Train and much of Porcupine Tree and vocals like Tom Yorke / Radiohead.

Variations On A Dream ('03) is again a nice excellent guitar dominated album with a some repetitive themes of psychedelica, experimental nice soft proggy rock-song. Including an extra bonus ceedee.

12 Stories Down - Limited Edition (2004)
Another Pineapple collectable - this release came to the fans almost too quickly. It seemed as soon as Bruce had mixed the final track it was being sent off to fans around the world. The result is mixed and sonically it is a little flat, but it still showcases what lies in store when '10 Stories Down' is finally released in 2005.

Ten Stories Down - Due March (2005).
2 versions will be available - a limited double version with the '8 Days Later' album as well as the standard single CD version.

What We Have Sown October 2007

Someone Here Is Missing May 2010.
Storm Thorgerson is involved in the new album!!!

A great album, they definitely have devellopped their own style. But the album has some connections with Radiohead, Riverside and even Pure Reason Revolution. So a great mixture of modern prog with some more open and radio friendly tunes. This album could be their big break.


The single is called: Nothing At Best.
See YouTube.
The new video for "Nothing At Best" directed by Arnfinn Moseng & Negar Bagheri is now premiering on the album mini-site. Combining 2D animation techniques with live action special effects, Arnfinn and Negar have created a beautiful film noir-esque video which captures the mood of Nothing at Best perfectly.

Saw them on Monday the 26th of October 2010 in the Old Church in Bunde / Maastricht.
They were supporting the polish rockers Riverside. Or was it Riverside supporting Pineapple Thief? Anyway Bruce and his friends opened in packed old Church. Played an hour and the public was enthiosiastic. Psychedelic atmospheric songs with edgy guitar riffs and powerfull drums, sometimes a bit smooth, dreamy, but mostly with an earth awakening twist. An unique approach wit licks of Radiohead, Floyd and Porcupine Tree.
The band played like fire and with passion, it was most enjoyable to see, feel the energy and hear the tunes.
A big applause for the Thiefs. Hope to see them more in this area. All the Wars new album will be released September 2012.


All The Wars marks another leap in the bands progression, as frontman Bruce Soord continues to mature as a songwriter and the bands ever growing confidence and status allows them to move in bold musical directions, including the use of a 22-piece string section and a choir. Soord explains, no expense has been spared regarding the production of this record but at its heart its still a rock record. Its very heavy in parts and very delicate and beautiful in others.

Last Man Standing is the first track from All The Wars, the new album from The Pineapple Thief, to be released on Kscope on September 3rd. To download this track for FREE, sign up to the mailing list at the album mini-site: www.kscopemusic.com/thepineapplethief

The SECOND DISC on the Special Edition comprises acoustic versions of:
Warm Seas
Reaching Out
Last Man Standing
One More Step Away
All the Wars
Every Last Moment
Someone Pull Me Out
Light Up Your Eyes

Tour dates, soon there will be announced more in the Netherlands and the rest of Europe.

Bruce is involved with ProgAID ('05).

And he's involved with Landsend ('05), together with Steve Anderson from UK band 'Sphere3' and Cathy Alexander from 'The Morrigan'.