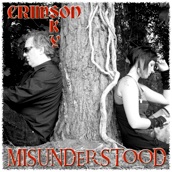 Female fronted band from Bristol UK. With a fantastic debut album out, called Misunderstood. Please check them out!

Crimson Sky was formed in 2002, by founding members Martin Leamon (guitar) and Clive Lambert (bass). The aim was simple to make original music that moved people and was a little different from the mainstream, but strong in melod content and originality.
Despite being successful Crimson Sky has been a constantly evolving band up until mid 2008 when Chris Cadey (keyboards) joined and very shortly after singer Holly Thody joined.
This has turned out to be a milestone in Crimson Sky history and the band has moved even further forward, playing bigger venues and releasing their debut album Misunderstood.

You can listen to their album at their website, i enjoyed it!  Listen_To_Our_Album!