She had a main role in the movie Hilary & Jackie about the life of cellist Jacqueline du Pré (in fact her fingers and her music were the highlights). She plays cello and she was certainly great at David Gilmours party ('01-'02). Think she will great again on his upcoming tour and album (On An Island). 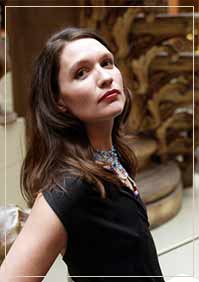 She was member of the Balanesco Quartet.

In 1997, Caroline, along with the brilliant drummer/producer, John Reynolds, and Jan Wobble's former guitarist, Justin Adams, formed the trio, GHOSTLAND, representing another step in a ground-breaking approach to playing. Ghostland did a few support acts for David Gilmours shows.
The group, whose music draws on a wide variety of sources from Arabic, Celtic, Classical to Rock African, Dub and Trance, released their second album, Interview with the Angel, on the Instant Karma label, to enormous critical acclaim in June 2001.
The album also features guest vocals from Jane Siberry, Sinéad O'Connor, Lucinda Drayton and Cara Dillon. Brian Eno plays keyboards on two songs. Carole Rowley is a friend of her and she often plays with her.

Jimmy Page and Robert Plant during their 1994 tour promoting the album No Quarter,

Toni Child ('94 with Peter Gabriel, David Rhodes and others),

Carole Rowley (Garden of the Sence '00, & The River with Dominic Miller), 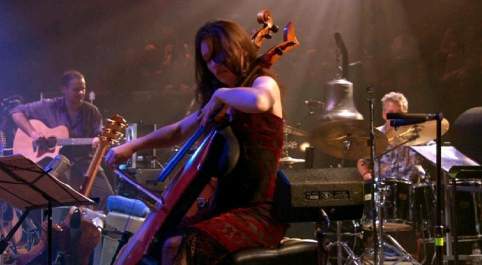 David Gray during the "Live in Slow Motion" tour,

"Elegy for Dunkirk", written by Dario Mariannelli for the film Atonement,

I only will mention her latest album; Such Sweet Thunder ('02):

Songs from Händel, Vivaldi, Caroline herself and one song called Babbie's Daughter by Caroline & David Gilmour.

Althrough I'm a symfo-fan, I like this album; it's classic music of course and David Gilmours playing isn't a big solo at all (so as he did for example at Liona Boyds Personna), but is very impressive, relaxing and enjoyable. Thank you Caroline.

Symfo-Index.
Updated May 2010 by Nick.
Shine On!
Never did i hear so musical a discord, such sweet thunder.
A Midsummer Night's Dream - William Shakespeare.
www.mostlypink.net