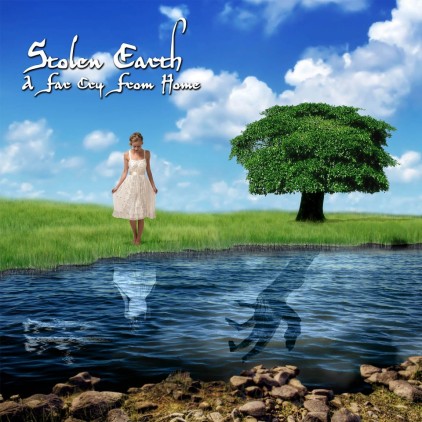 After the splitt up of Breathing Space, most of the members formed:

And it is a smooth rocking album, Heidi got a good voice.
I guess when you like Mostly Autumn, you could like this too.
Read a splendid review at Tim Halls place: www.kalyr.com/.

Heidi Widdop was the original singer with Mostly Autumn, whilst Mostly Autumn's new vocalist was, of course, the original singer in Breathing Space! Heidi has been in various bands from the age of 20, from Frontier, Headstrong, Mostly Autumn and One Stoned Snowman etc to playing bass in Slippery People (a Talking Heads tribute). She is also currently one half of The Secrets.
And now frontlady in Stolen Earth.

Adam Dawson had guitar lessons of Mr. Bryan Josh.... he played in bands like Paraphernalia & The Asylum Seekers (where he played bass), whilst occasionally engineering the lights for Mostly Autumn's local gigs and starting sound engineering and fronting a covers band as singer and guitarist. He still performs occasional solo gigs and has just released his own album, 'Lazy Susan'.