Lee Saunders was born in Hammersmith, London, England. He studied music and visual art at Brighton University and was the founder member of the infamous band 'Crystal Void', later known as 'The Void'.

This man appeared with an album that has the spirit of a Roger Waters solo-album.

His masterpiece is called A Promise of Peace, if you like Rogers solo-work (especially "When the Wind Blows", "What God Wants" and "Pink FLoyds "The Final Cut"), you'll love this album.
A 77 minute during epic about WOII, about the front, the battlefield, home, the Nazi's and the final victory. Not looking back with pride but a tirade against the futility of war. And so still not out of date...

His new project is in full flow. Further news regarding this new project will be placed on this page as events develop. Release date 2007.

In the meantime there was a great release of his first album. 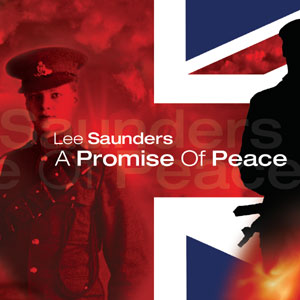 According to Lee, this album is the first of a Puzzle Project.