From a very early age Livvy knew that she wanted to be a singer. She has been lucky enough to be surrounded by music for as long as she can remember - her father being an accomplished drummer being in various bands over the years one of which in the 70s gathered much acclaim from the likes of Noel Edmonds and David Lee Travis. Livvys uncle is also a vocalist - music and even more music... Her first live performances began when she was the tender age of just thirteen and has since continued to captivate audiences with her stunning voice. The age of thirteen also opened the door to Livvys debut studio performances. At fifteen Livvy went on to join an already established well-respected pop/rock band from York singing both original material and an array of vocally demanding tracks from the likes of Heart and Guns and Roses. Currently fronting a soul band playing 60s and 70s classics, Livvy also performs as part of an acoustic duo throughout Britain  Some performances with which have been charity shows with Fame Academys Alistair Griffin. Livvy also makes guest appearances with her fathers band where youre likely to hear her powering out the likes of Led Zeppelins Rock and Roll in a style not too dissimilar from Anne Wilsons own tribute. In amongst all of this Livvy is has developed an impressive portfolio as accomplished session vocalist working for various Producers and BBC Radio stations nationwide. 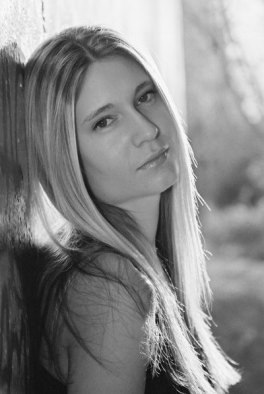 After a period of intense French and German studies at college Livvy decided to dedicate even more time to her voice, song writing and playing the guitar and so began working with various new musicians and songwriters in broadening her own skills therein.
On an international scale, Livvy last year worked with Danish songsmith, Soeren Itenov whose group successfully charted in Denmark. On returning to the UK last year, she then based herself in the south of England for some months collaborating and refining songs with a writer who has worked with artists such as Bonnie Rait and the Eagles.
Livvy has an on going passion for music and singing and has recently accepted the offer to work with Mostly Autumns Iain Jennings on his forthcoming solo project which is due for release in the late summer of this year.
All this at the still tender age of just twenty, Olivia Sparnenns future as a singer looks very bright indeed!
I love everything about being a singer  the live work and being in a studio. If you were to ask me why I get a kick out of singing, it is because my voice seems to give people real pleasure - it is as simple as that. Olivia Sparnenn
Livvy is an incredibly dynamic vocalist. She has a very powerful voice with a lot of emotive warmth and delicacy. She also has an incredible range to boot that stops nothing short of a cross between say, Robert Plant and Eva Cassidy! I cant wait to work with her Heather Findlay 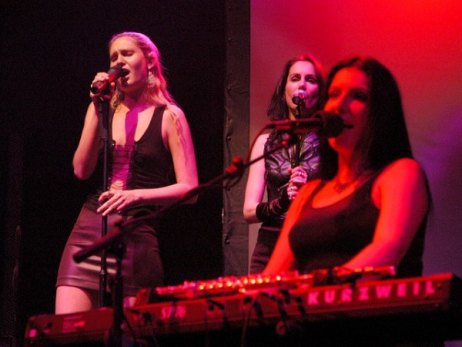 The official release date is currently set for July 4th 2005.
The people who pre-ordered the album got their limit editions in the last week of April! This limited edition is a two disc set presented in a CD sized version of the V shows packaging. It makes a great addition to the collection of any Mostly Autumn fan.


A splendid rockin', dark, powerful and symphonic album, with a nice mix between the harder rockin' songs and the more symphonic epics.


Disc one features the new album.
Disc two is a full DVD on the Making of Storms Over Still Water.

Back to the Top.

onder vermelding van Mostly Autumn Zoetermeer.
3 x 2 gratis kaarten. Vergeet je adres niet te vermelden. Ticket Information here
Enter Mostly Autumn.com Here
Back to the Top.
I can only assure you that the whole affair is firmly set on a deep-rooted friendship between Bob Carruthers, myself and the band. He is absolutely passionate about Mostly Autumn being as successful as it possibly can be and has along with Classic Rock, invested an incredible amount of money and time in us. There are several "ring bearers" if you like, that have played major roles in the adventures of Mostly Autumn. I know Bob is one of them and I still have a feeling he will play another part in the future.

Then there is the gesture of passing all the rights of all our material back to us free of charge! This act should definitely go down in the Guinness book of records as it is previously unheard of!!

The entire infrastructure that sends our CD's around the world etc has stayed fully in place and is still increasing. This is a movement forwards- not back, which is the reason Bob and co. agreed to let us go.

Funnily enough we have already been offered two record deals from huge international record companies and have had the pleasure of turning them down, because at present we feel that independence is the right decision for both you out there and us.

We are going to celebrate fully the beginning of "Mostly Autumn Records" and release "Storms Over Still Water" on the Saturday 4th June at the London Astoria with a very special show.

It is the beginning of a new era and we all hope to share it with you.

From the heart I thank you for all your support.

Clare, Nick, Gary, Martin and all at Classic Rock - it has been a pleasure,

May several pints of Hobbit Ale come your way Bob!

All new and old titles available from www.mostlyautumnrecords.com
Official website
Back to the Top.