Skythen were an Ancient Iranian people of horse-riding nomadic pastoralists who throughout Classical Antiquity dominated the Pontic-Caspian steppe, known at the time as Scythia.

Live the band is doing some shows. The line up is completed by Jeffrey Bax (bass) and Pjotr van de Made (drums).

Very good cult-movie from the beginnings of the 70-ies. So i had to listen to this album called Nutrient from the year ?? A little progressive hard-rock with a few nice songs and also a nice cover from Steve Miller (Fly like an Eagle). The band comes from Sittard, in the lovely South of the Netherlands.

See Avalon, Jack Pisters, Erik and Jos are/ were involved with that too.

EGOTRIP is a solo-album of Robert Jan Stips, with Martin and Roy Bakker, former member of

The album got good credits as symfo-album, i think it isn't... Nice songs from the past and some new songs but symfo?


Illusions of a Night ('81) is an album, made after difficulties with a record-company who demended they would makes some singles. A nice symfo album and popular in Japan.
Members come and members go; Willem van Eijk, guitarist, does it a bit to dramatic; he dies in 1986 (a car-accident), he played also with the dutch band Vitesse.
"See you again", is a live-album, followed by "On a journey" ('94).


Spierenburg makes two solo albums, one is inspired by the K2.
In 99 Piet Traanberg commits suicide!
Arround 2000 are the members John Philippo, Jos Schild and Roy Darman, they are working on an new album but again very tragical John Philippo dies.

Dennis wrote me in February 2005:
I have just finished my first (non-commercial) solo-album under the name MANTIS, called communicate, and made an effort to combine different kind instruments and souds from art-rock/Trance and symponic rock together. I hope that listeners will embrace the fusion.
A nice album, progressive and ambient. A bit of Sylvain Gouvernaire / Crossing the Dessert with Vangeliss.

Thanks Dennis and good luck!
to top
to top

A Dutch Prog band that made real progression with their latest album "The Gift of Tears" ('09). But the band is on the road for a longer time. 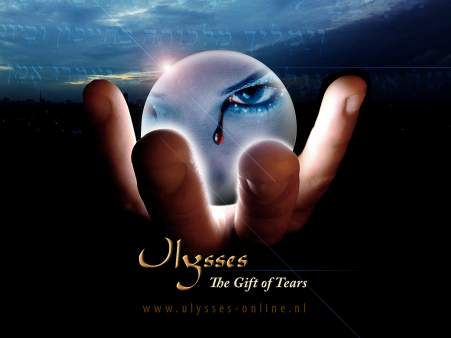 "Specially the instrumental riffs, grooves, themes, bridges and other parts they excellerate to epic levels !!" Proggnosis.com.
The Gift of Tears" has become a very powerfull album in a lot of different ways. We wanted the material for the new album to have a deeper meaning. It is our view on how we can live our lives more meaningfully. “Family Portrait” for example, tells us how we can achieve this by simply listening to the stories that people tell. This enables us to create more understanding and compassion in a society of individualism and selfishness.
The tragic story of “Anat” is one such story that we just had to share. It portrays the ordeal of two young parents who unexpectedly lost their one-year-old daughter Anat to a brain tumour. This fifteen-minute epic tells their story from start to finish. It is a story that teaches us a valuable lesson, as will the other real-life stories featured on this album.
Consequently, this Ulysses album is not merely a representation of our musical and lyrical abilities. It tells real stories about real people. This has enabled us to incorporate real emotions into our compositions.
"Why use fiction when the world already has so many stories to tell?"

Visit their webpage for reviews and sound samples.
myspace.ulyssesnl

Please visit my guestbook.
or click on reply for feedback-form please